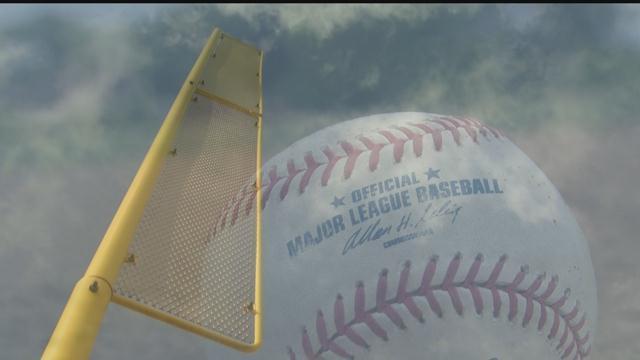 SAN DIEGO (AP) -- Giancarlo Stanton of the Miami Marlins has won the All-Star Home Run Derby with an impressive display of power that bested defending champion Todd Frazier of the Chicago White Sox.
Stanton hit a record 61 homers in three rounds Monday night at Petco Park, including a shot estimated at 497 feet. The three-time All-Star is not on the NL roster for Tuesday night's game after batting .233 with 20 homers and 50 RBIs before the break.
Stanton hit 20 home runs in the final round, including two off the third level of the Western Metal Supply Co. Building brick warehouse in the left-field corner. Two more landed just under the scoreboard in left.
Frazier hit 13 in the final round.
Stanton can defend his title at home next year when the Marlins host the All-Star Game.
The Western Metal Supply Co. Building served as one of the better Derby targets, joining the Warehouse at Baltimore's Camden Yards in 1993 and McCovey Cove outside San Francisco's AT&T Park in 2007.