Get Ready for 'Facepalm' and 'Selfie' Emojis 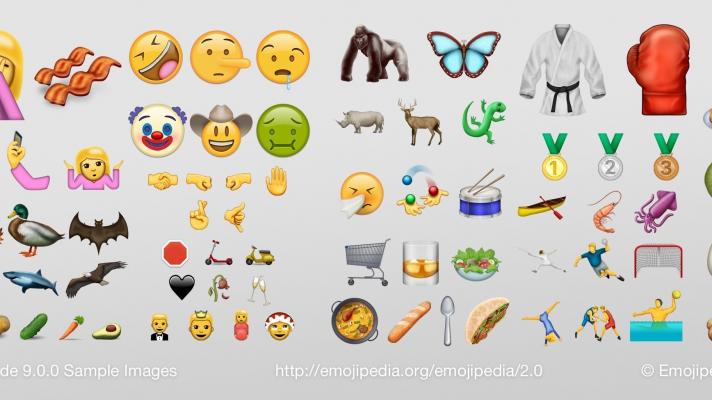 Tired of using the same "tears of joy" or "stuck out tongue winking" emojis? Get ready: a set of 72 new ones, including "facepalm" and "selfie," are in the pipeline.

The new emojis also include "rolling on the floor laughing," "sneezing face," and "dancing man." Animal, food and sports lovers will get their fix with ones depicting a shark, bacon, pancakes, water polo and even a fencer.

They're just a handful of the ones recently approved by the Unicode Consortium, a non-profit group that creates globally standardized emojis and text characters. The consortium sets guidelines that designers at places like Apple and Google then use as they come up with new emojis for their platforms.

That means it's still going to be a while before tech companies introduce the new batch for download on your phone or computer, even though the official Unicode release is coming later this month. Emojipedia, a website dedicated to all things emoji, published mockup images of what it thinks the new ones will look like in the "Apple-style."

Turns out anyone can submit a proposal for new emoji, but shepherding it through the approval process can take quite some time. The successful ones have to meet several criteria, such as distinctiveness and an expected high frequency of use.

For example, an emoji for a casserole or stew "probably couldn't be easily distinguished from [the already existing] 'pot of food,'" Unicode said.

Google proposed to Unicode last month a set of 13 emojis that show women in a range of jobs, including health care, science, education, farming and construction. A further 13 corresponding emojis will show men in the same roles. But these haven't yet been approved by the consortium.

As it stands now, there are over 1,000 standardized emojis used globally that depict everything from ice cream to dragons to police cars. However, the current emoji selection feels implicitly sexist, showing men running and policing while women dance and cut their hair.

A few other emojis currently being considered for release next year include "face with one eyebrow raised," and some fun food-related items, including dumpling, chopsticks, takeout box and fortune cookie.