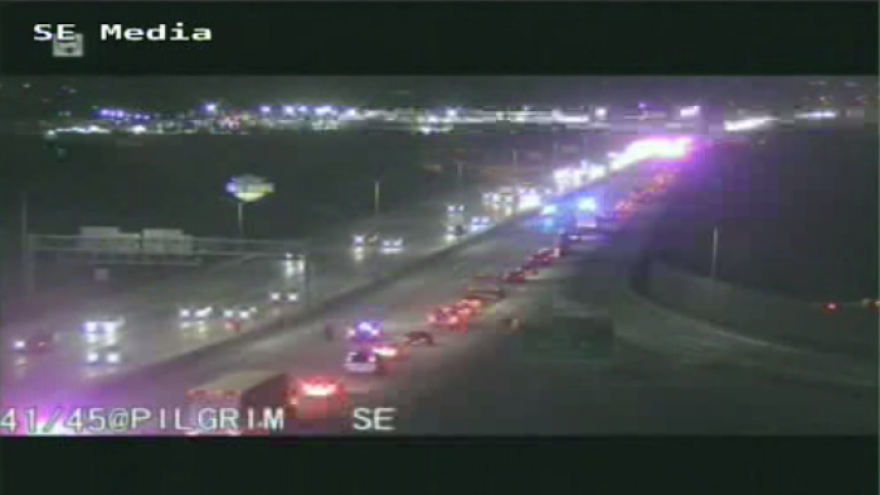 GERMANTOWN, Wis. (CBS 58) -- A diabetic reaction caused a 70-year-old driver to drive erratically at a slow rate of speed before coming to a stop in Menomonee Falls.

Dispatch received multiple calls of a possible impaired driver southbound I-41 from Holy Hill Road. Witnesses reported that a blue pickup truck was traveling at a slow rate of speed, weaving across all three lanes of traffic. Several semi-trucks in the vicinity of the incident attempted to box in the vehicle.

A Germantown Officer attempted to initiate a traffic stop but the suspect vehicle would not stop. The vehicle struck the center median cables near Lannon Road and lost the front driver's side tire. The vehicle continued on I-41 while sparks were emitting from the tire rim.

Officers were unable to safely deploy tire deflation devices due to the erratic driving of the suspect's vehicle.

The suspect vehicle finally stopped on I-41 southbound in the vicinity of Main St. in Menomonee Falls. The driver was taken into custody with the assistance of Menomonee Falls Police Department.

The investigation revealed that the 70-year-old driver from Illinois was having a diabetic reaction while driving. He was taken to a local hospital for treatment.

The driver had an expired Illinois license. He will be cited for operating without a valid license, and a driver condition report will be submitted. Additional enforcement action might be taken at the conclusion of the investigation.