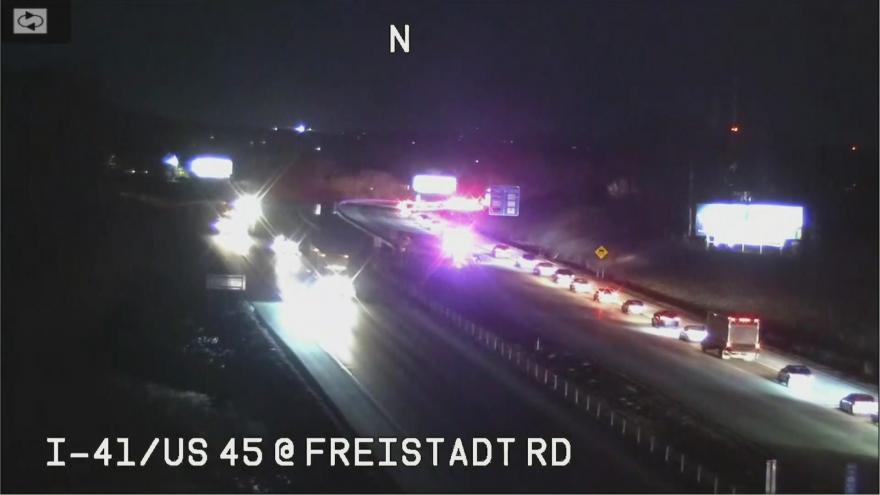 GERMANTOWN, Wis. (CBS 58) -- An erratic driver caused a crash and fire in Germantown on Monday, Jan. 6.

DOT footage shows the scene Monday night on I-41 near Holy Hill Road.

Germantown police say a 51-year-old man was speeding and crashed into a second car before his car started on fire.

Police say the man was pulled to safety and taken to the hospital. He was not seriously hurt.

A 38-year-old woman female driver in the vehicle that was struck sustained minor injuries.

Multiple lanes of I-41 were shut down for about 1.5 hours.