German Fest kicks off at the lakefront Friday 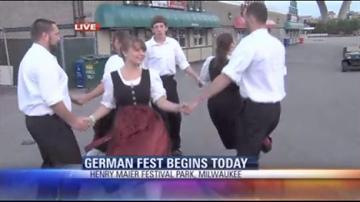 MILWAUKEE -- Get ready for a full-blown weekend of German culture in Milwaukee.

Attendees can try the popular potato pancakes, goulash and bratwurst. And of course, cold German beer.

There's an extra dose of pride circling the grounds this year after Germany's victory at the World Cup. Vendors have the German flag emblazoned on nearly every gift imaginable.

For the first time ever, German fest is free for everyone Friday. Normally a free event for Military members only, this year, organizers want as many people as possible to show up this year and say \"Thank you\" to Military service men and women.

CBS 58's Matt Doyle has a sneak peek in the video link above.