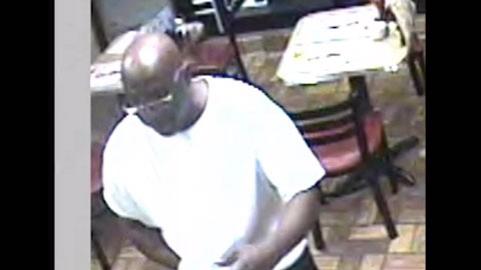 The George Webb’s on Old World Third Street was robbed around 8:30 PM on February 20.

Milwaukee Police are asking the public to help identify a suspect who is accused of trying to rob the George Webb’s at 812 N. Old World Third Street.

The suspect walked into the restaurant and implied he had a gun underneath his shirt. He demanded money from the clerk at the register but was wrestled away by a patron. The suspect fled on foot and did not obtain anything.

The suspect is described as a black male, 40-50 years-old, and bald. He was last seen wearing a white t-shirt, jeans, and thick-lensed glasses with black frames.