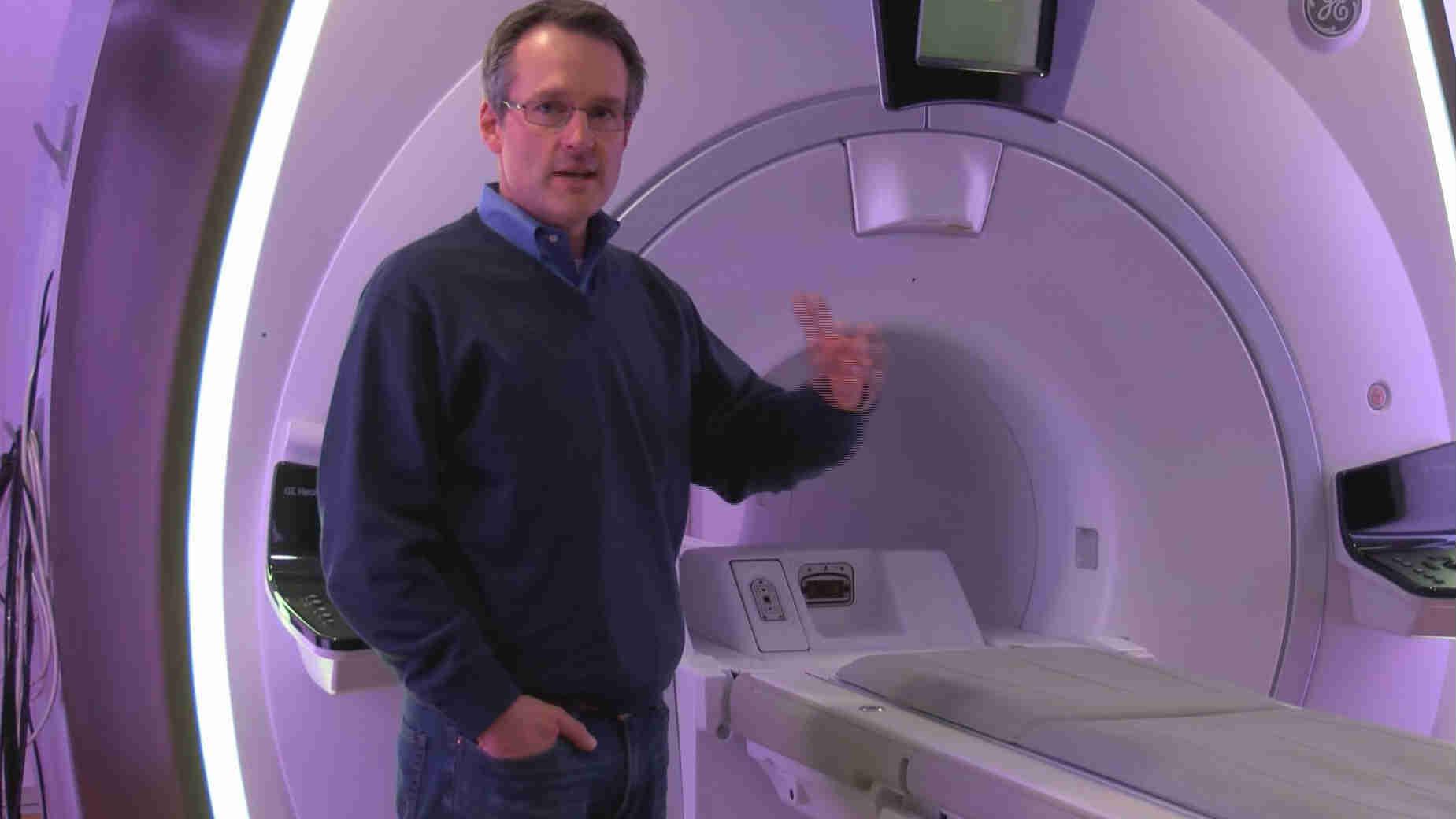 In a room that looks more like a tanning salon than medical bay, Jason Polzin speaks fondly of the machine sitting in the middle.

\"[In terms of medical imaging] It's probably one of the most complicated devices that there is,\" Polzin said during a recent interview at GE's Magnetic Resonance Center.

Polzin, whose title of General Manager for Magnetic Resonance Applications and Workflow goes on almost as long as his tenure, has helped develop and test MRI technology at GE Healthcare in Waukesha for more than 20 years.

\"It lets you probe the brain and look at the brain in ways that previously you could only do invasively,\" Polzin said.

The MRI uses a giant magnet and radio waves to scan the brain and other areas of the body. Then, GE software turns the data into images doctors can read, helping treat sports injuries like concussions or find brain tumors.

\"We are able to change people's lives and really improve the quality of healthcare globally,\" Polzin said.

But what about measuring the brain's emotions like love?  As it turns out, GE's machine can do that too.

\"The neurons are firing, the blood is gushing and hey - we see a signal,\" GE Healthcare Senior MRI Scientist Suchandrima Banerjee said.

Researchers from Stanford University put a handful of people from all walks of life inside a Waukesha-developed GE MRI scanner. They had the subjects focus on love for 15 minutes. The team then analyzed the increases in blood flow to the brain's pleasure centers. The winners? A couple married more than 50 years.

\"That's one of the most amazing things about MR is people use it in ways you never intended,\" Polzin said.

Polzin says studies like Stanford's \"Love Competition\" could eventually become common place -- it's all part of the MR development process he's excited about continuing in our own back yard.

\"[The brain is] still a hugely complicated organ and so I think we've only really scratched the surface in terms of understanding it,\" Polzin said.

Polzin tells CBS-58 News GE Healthcare wants to make MR technology affordable for developing areas of Africa and Asia that haven't had access to the technology yet.

To view Stanford's video on the \"Love Competition\", click this link.