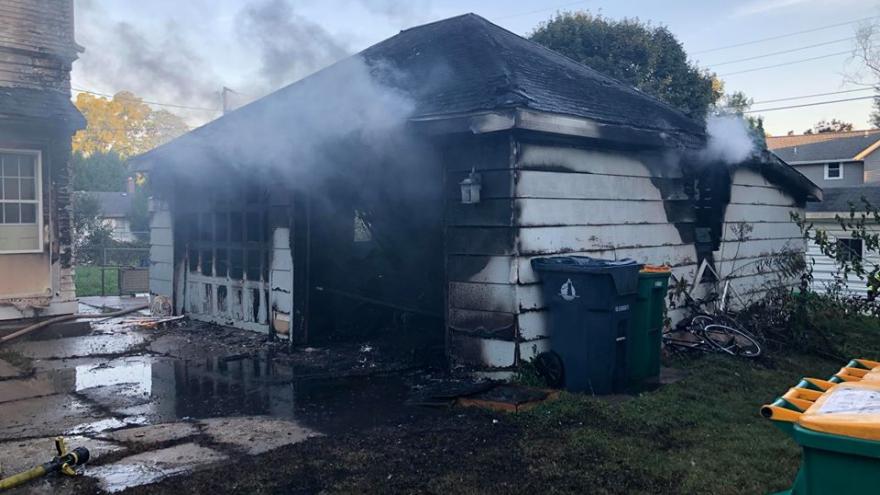 Fond du Lac Fire and Rescue crews were called to a home on Ruggles Street shortly after 6 p.m. for a report of a detached garage fire.

Upon arrival fire crews reported smoke and fire showing from the exterior of the garage and fire beginning to burn the single family dwelling nearby.

Firefighters quickly attacked the fires and were able to extinguish both fires but not before the two stall garage was destroyed.

The house sustained minor damage but is still habitable.

In addition, there were three other nearby structures that sustained heat damage. The occupant was home at the time of the fire.

Fond du Lac Fire/Rescue crews will be canvasing the area tomorrow to educate individuals on the importance of working smoke detectors and fire safety.