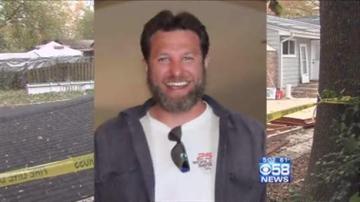 FOX POINT-Investigators have not said who they think is to blame but new details have emerged in the fatal garage collapse Wednesday.

The owner of  \"All Around Improvement\" which was the sub-contractor on the site, admits that he removed wind braces from the garage and was in the process of retrieving plywood for another form of shorting up the leaning structure when it collapsed.

38 year old Sean Held was kneeling down inside the structure and was crushed and unable to breathe, according to the Medical Examiner's report.

There has been no determination of any wrong doing at the site. Local police and OSHA are both investigating.

CBS 58 News attempted to reach the owner of \"All Around Improvement\" for comment.

But could not get through on the phone to Nathan Janz.

“This accident comes as a complete shock to our entire family.  Sean was a quiet, friendly, hard working man.  He enjoyed playing softball, listening to the radio, and growing vegetables for the garden.  Sean will be greatly missed by his friends and family; especially by his 4 year old daughter.  He loved spending time with her.  She was the absolute light of his world.”