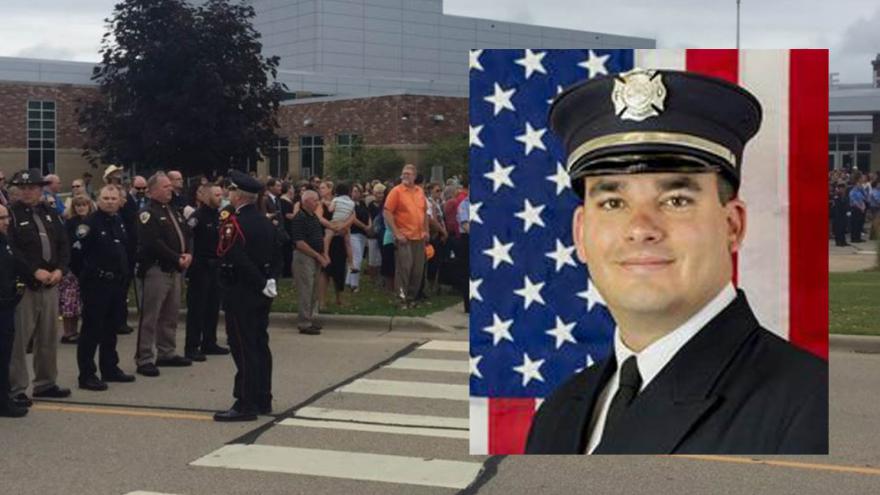 A funeral service was held Saturday morning for Captain Cory Barr who was killed in a natural gas explosion on Tuesday, July 10.

Organizers say more than 700 men and women in uniform have come to pay their respects for fallen firefighter Cory Barr. @CBS58pic.twitter.com/5sIWTBo6CS

Hundreds of people are waiting to pay their respects for the fallen hero. @CBS58pic.twitter.com/8yIHqxBrTg

To watch a livestream of the funeral, please click here.

Authorities say a subcontractor working in the area ruptured a natural gas line in downtown Sun Prairie on Tuesday evening. The gas somehow ignited, leading to an explosion that leveled half a city block and claimed the life of the 34-year-old Sun Prairie Fire Department Captain. He leaves behind a wife and twin 3-year-old girls.

Governor Walker on Friday ordered that flags be flown at half-staff until sunset on July 14 in Barr's honor. Eleven other people, including five other firefighters and a police officer, were hurt in the blast.

People who came out to the funeral said the outpouring of support is an example of how strong they are and how they'll begin to continue the healing process.

A GoFundMe page has been set up for the Barr family.