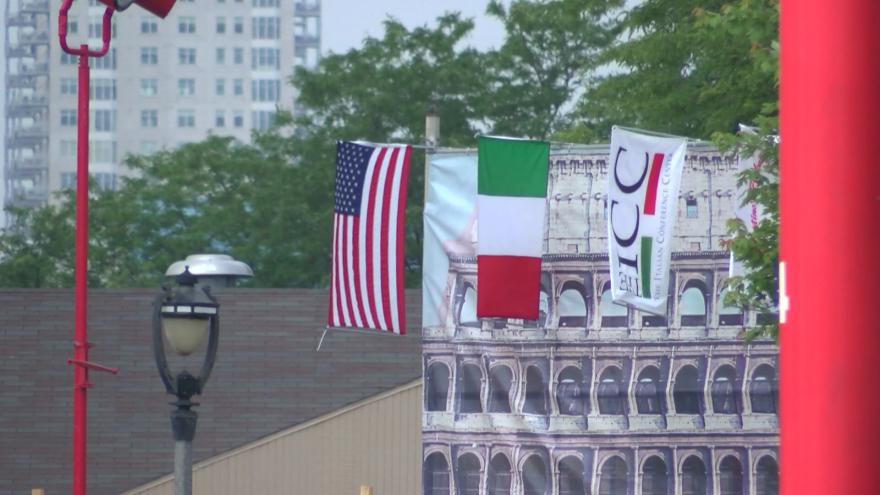 MILWAUKEE (CBS 58) -- The full list of entertainment for Festa Italiana which runs from July 19-21 has been announced.

In addition to the previously announced headliners of KC and the Sunshine Band and Phil Vassar, festivalgoers can look forward to an energetic experience with a new lineup of all regional acts on the U.S. Cellular stage at the Summerfest Grounds.

Additional Highlights include:
•Femmes of Rock: The Femmes of Rock, starring Bella Electric Strings and led by rock violinist and arranger Nina DiGregorio, are ready to rock Festa 2019 with their blistering solos and unique arrangements – not to mention their beauty and charm. Performing the music of Led Zeppelin, AC/DC, Queen, Pink Floyd, The Eagles, Van Halen and more, Femmes of Rock takes Bella Strings to a whole new level. All-new arrangements, original material, a live rock band, video, lights, choreography, comedy and more are in store for this high-energy show that is sure to leave Festa-goers in awe.
•Joe Scalisi: Festa-goers will think they’ve stepped back in time when they hear Joe Scalissi in this year’s entertainment lineup. Joe has been performing his tribute show, Joe Scalissi Sings Dean Martin for over 20 years, and has performed at the annual Dean Martin Celebration in Steubenville, Ohio more times than one can count. Festa is thrilled to host Joe at this year’s festival where his performance mannerisms, voice and quick wit are 100% Dino!
•Frankie Moreno: Las Vegas’ three-time Headliner of the Year – Frankie Moreno – brings his modern take on piano-pounding classic rock ‘n roll, expert songwriting and an electric stage presence that will have Festa-goers on their feet from start to finish! Having just hit the Billboard charts with his fourth new album, “This is Frankie Moreno,” he becomes the first artist in Billboard history to chart four new albums in less than one year.
•Hotel California: For almost three decades, Hotel California have been recreating the legendary sound of The Eagles and thrilling audiences all over the world. Since 1986, they’ve remained the industry leading substitute for The Eagles, playing to huge outdoor and arena audiences, sharing bills with some of rock’s legends, and going places no tribute band has gone before. With incredible lead vocal similarity, intensely accurate instrumental work, soaring harmonies, and top flight live performances, Hotel California is ready to rock Festa Italiana this year!
•The Four C Notes: The Four C Notes are the Midwest’s only tribute dedicated to recreating the music of Frankie Valli and The Four Seasons! While they call Chicago home, they have been seen at private events, performing arts centers and outdoor festivals across the country! The Four C Notes will bring their melodic tribute of features to Festa this year, including “Sherry,” “Big Girls Don’t Cry,” “Walk Like A Man,” and many more!
Other Exciting Acts Include: The Sicilian Tenors, Ray Massa’s Eurorhythms, Festa favorite The Russo Brothers, Cory Pesaturo, Tony Spavone, Jenna Esposito and more!

Festa Italiana takes place Friday, July 19 – Sunday, July 21, at the Henry W. Maier Festival Park on Milwaukee’s lakefront. Festivalgoers can take in all entertainment acts for the value price of only $10.00 for advance sale tickets now through July 18. Tickets are $13.00 after July 18 and at the gate.