From ring bearer and flower girl to husband and wife 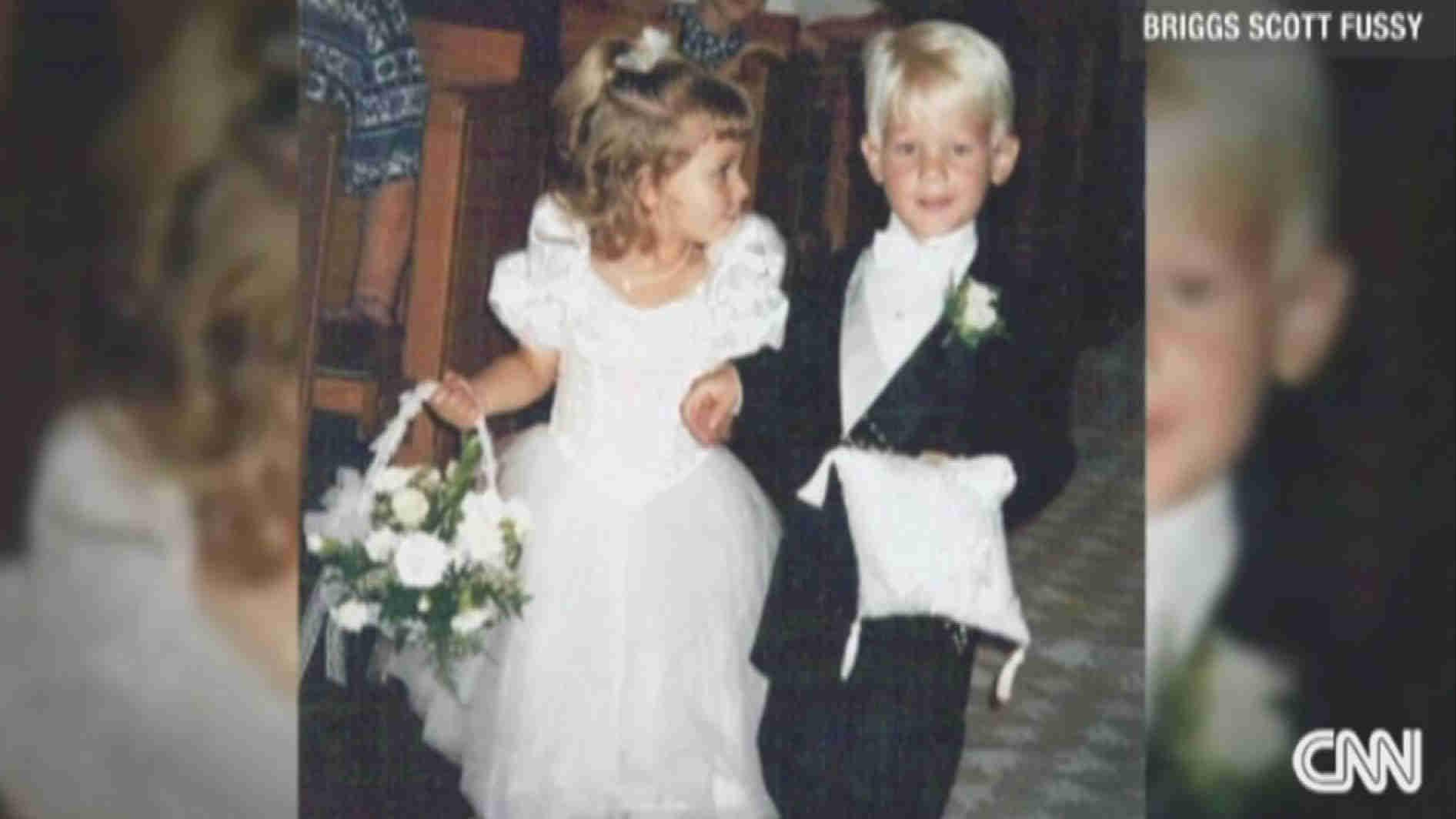 (CNN) Briggs Fussy doesn't remember much about walking down the aisle 20 years ago with the woman who would eventually become his wife.

A groom not remembering the wedding could undoubtedly crush a bride, especially a bride like Brittney Fussy, who admits she's been planning her wedding since she was a little girl.

But Brittney Fussy said the only thing she remembers about their trip down the aisle was her partner's unique name.

\"I don't remember too much about being a flower girl,\" she said.

The couple, who failed to leave an impression on each other at their first wedding, reunited years later in their ninth grade in a government class at Blaine High School, north of Minneapolis.

Share your true love story: How did you meet?

Briggs had just transferred to Brittney's school; she said she knew the moment she heard the teacher say his name that it had to be the same Briggs who walked her down the aisle all those years ago.

\"I confirmed it with my mom,\" Brittney said before she said anything to Briggs and then the couple laughed about how both of their moms had pictures of the pair hanging up at their respective houses.

They didn't become a couple until junior year and eventually separated to attend college in separate cities -- Briggs to the University of Wisconsin, LaCrosse, and Brittney to Minnesota State University, Mankato.

A few years into the long-distance relationship, Briggs returned to Minnesota State to be with his beloved.

Before they tied the knot over the weekend, the couple viewed the video of themselves in the wedding.

Brittney said she was the \"obnoxious flower girl,\" who can be seen on wedding video weaving in and out bridesmaids. At one point, she pauses in front of the bride to look up at her. Briggs, on the other hand, stood calmly in the same place for the entirety of the ceremony.

Brittney promises she's a rule follower now, too, but contends she and her groom can both be \"pretty weird and outspoken\" sometimes.

The picture of the two of them at age 3 is now framed in their own home, and they even reenacted the photograph at their own wedding.

\"I'm pretty cheesy when it comes to love stuff, I'm not going to lie,\" Brittney said.

Briggs and Britney, who are both finishing up their degrees in economics and elementary education at Minnesota State, Mantoka, said they didn't really understand what all the fuss was about regarding their story at first. But they said they have known all along that they were meant to be.

As for their second time down the aisle, the couple said it's far more memorable than their first.