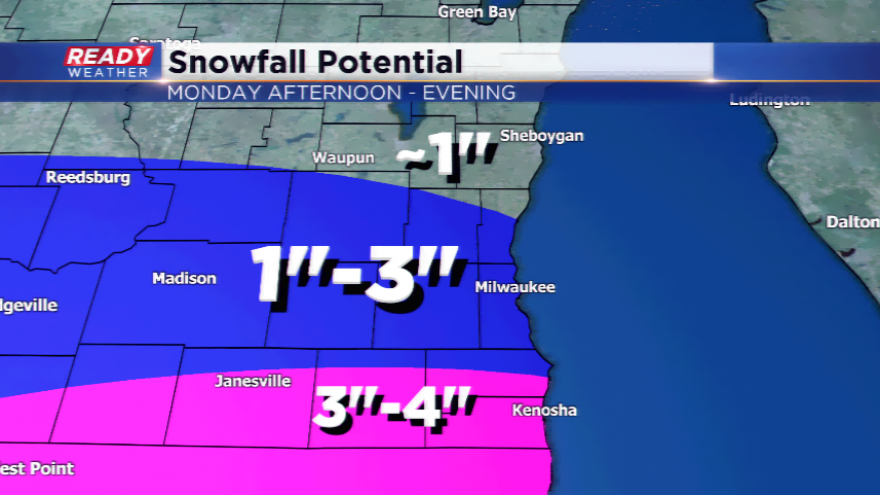 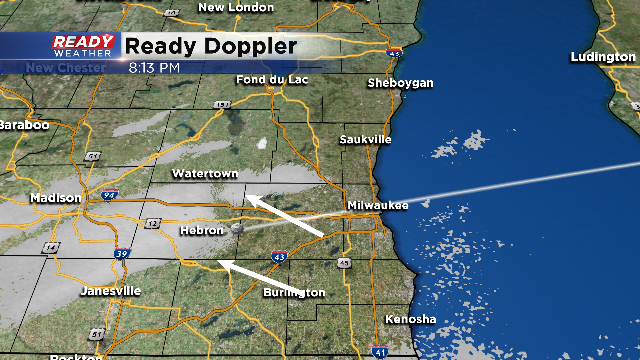 The winter weather advisory will expire at 9 pm.  The last of the snow will continue to move through between now and 9 pm.  A quick half an inch is possible with this last band.

Roads are an issue across the area tonight.  The snow and the cold temperatures have created slippery and snow covered roads.  The snow won't be an issue overnight, but the roads will remain slick. 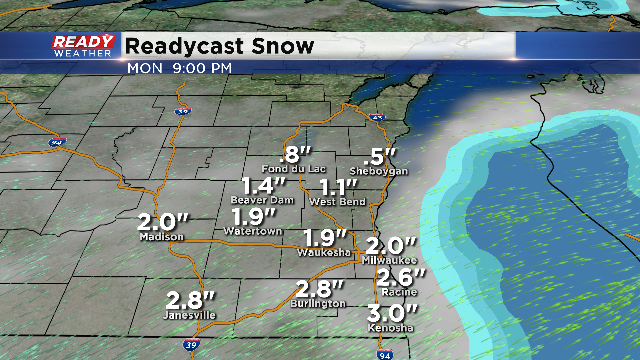 The winter weather advisory will expire at 9 pm with the snow moving out.  Roads have been slick this evening with cold temperatures in    the single digits and teens.  Lingering snow will continue to cause issues for the rest of the evening commute.

Most areas will pick up between 1" to 2" of snow; however, some isolated areas near 3" will be possible close to the border.  Clearing tonight will allow temps to plunge around 0 for Tuesday morning.  Another fast moving wave will kick off some light snow late Tuesday night into early Wednesday morning. 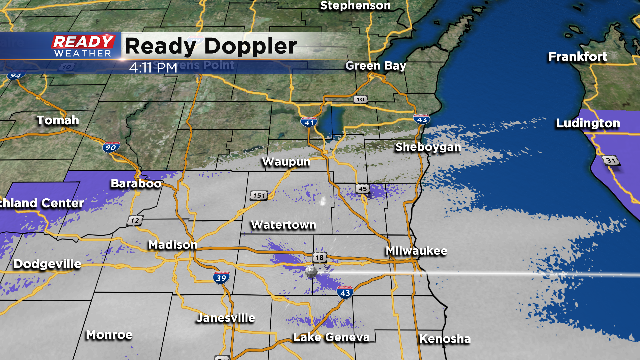 The snow has overspread the entire area this afternoon.  Visibility has dropped below a mile in many locations.  Roads could turn slick as the snow continues to fall.

Slick roads have been reported from Milwaukee to Madison.  1" to 3" of snow remains in the forecast with the higher totals along the border of Illinois and Wisconsin.  The snow showers are forecast to move out around 8 pm.  The advisory expires at 9 pm. 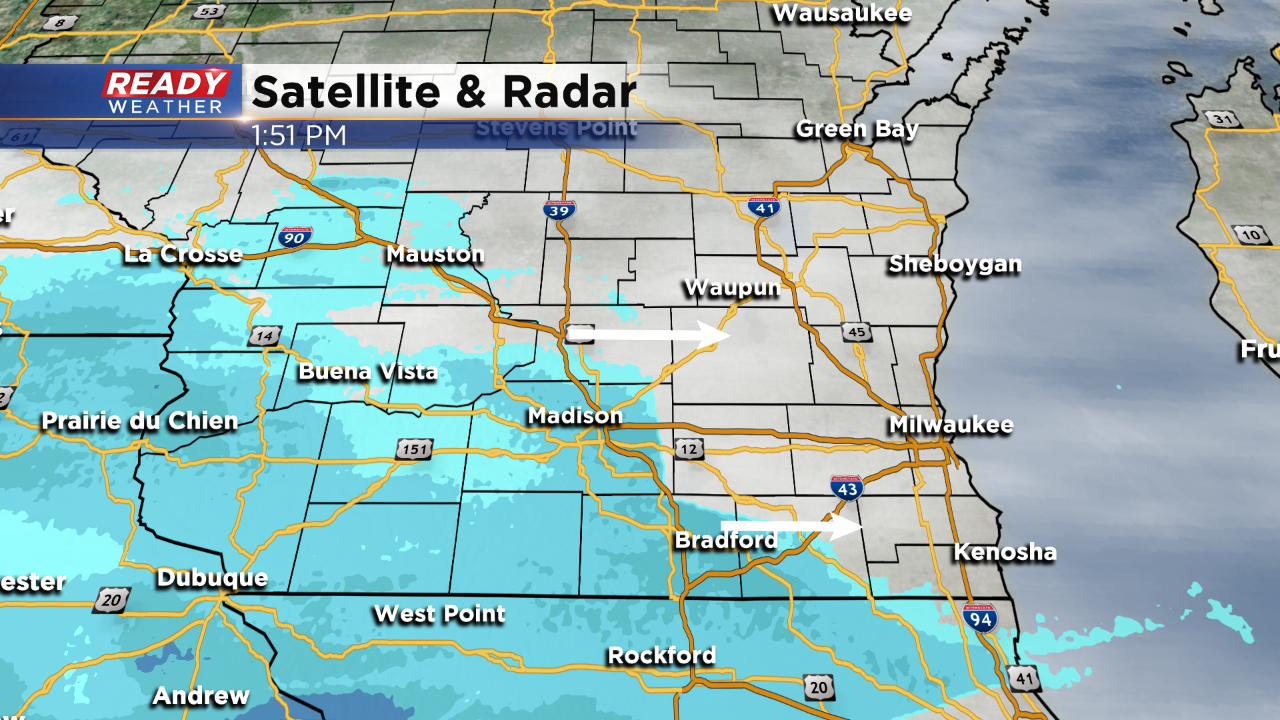 Snow showers will continue to develop from west to east this afternoon and evening.  The winter weather advisory continues until 9 pm.  Most areas will receive 1" to 3" with the highest totals along the border.

Temperatures are in the teens this afternoon, so roads will quickly become slick for the evening commute.

Noon Update: Snow is still on track for this afternoon. Even though we are less than 24 hours from our last flakes flying, another disturbance is nearby. This is a trend I touched on last week and seems to be on par. That trend includes chilly temps and frequent snow chances. Take a look at this overall big picture: 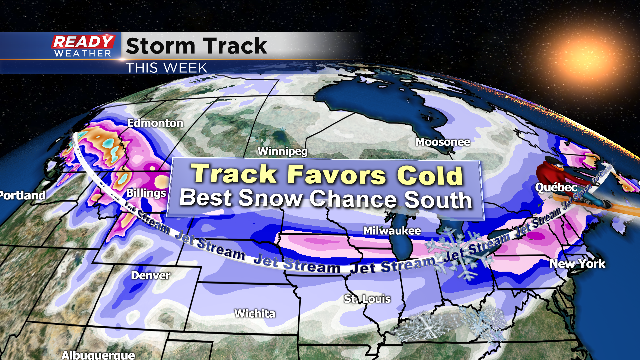 As our jet stream positions itself just south of the state, that puts us on the north or "colder" side but also just close enough for storms. The jet serves as a track for storms which puts us in the line for periodic snows through the week. I mentioned the farther south you live across our area, the better your snow chances will be. That should be evident in today's Winter Weather Advisory, which is posted for all but our northern counties. Snowfall is still likely to enter the area during the afternoon from west to east. There's a good chance snow is falling as the kids leave school, especially if you're west of the lake. However, by the commute, snow should be in progress area wide. Give yourself extra space and time on the roads today. The Advisory runs until 9pm this evening.

9 AM UPDATE: The Wind Chill Advisory was allowed to expire.  It remains cold the rest of the day, but snow will be the big talker the rest of today.  Snow is still positioned to move in early this afternoon, then end by early tonight.  1"-2" are possible to our north, while 2-4" can be expected in the southern tier of the region and those within the advisory.

Wind chills will drop into the -15 to -25 degree range this morning across all of southeastern Wisconsin. Some parts of the area have a Wind Chilly Advisory to contend with through mid-morning. 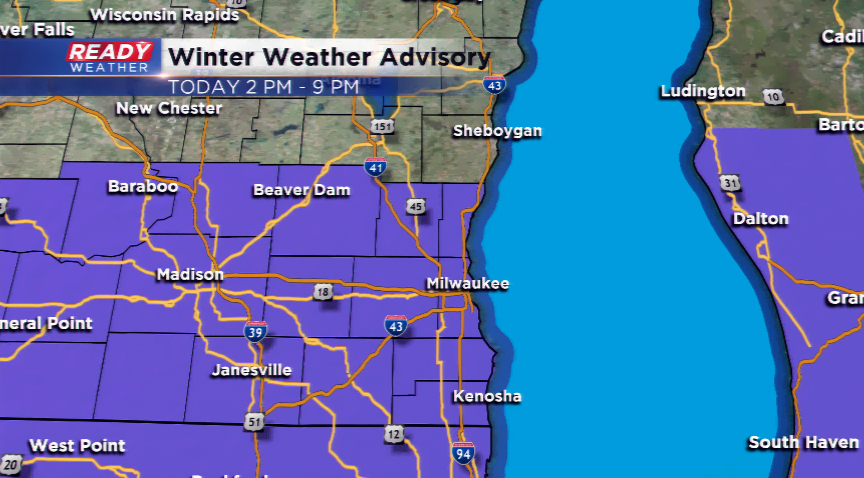 Not only do we have to deal with the cold, but more snow is on the way. A disturbance aloft will generate enough energy to kick up light to moderate snow starting this afternoon. The timing looks to be just after lunchtime in our western areas, while the rest of the viewing area will be between 1pm – 3pm to first see flakes. Snow will come to an end before midnight tonight. 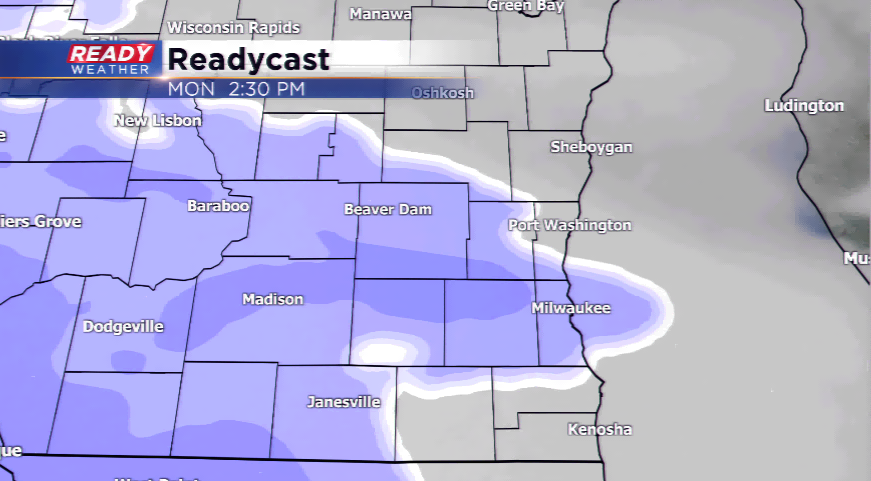 The heaviest snowfall will take place in the southern tier of our viewing area where 3”-4” will be possible. The northern corner of the region could see up to an inch. Due to the snow threat, the National Weather Service has issued a Winter Weather Advisory for a chunk of southeastern Wisconsin from 2pm until 9 pm today. 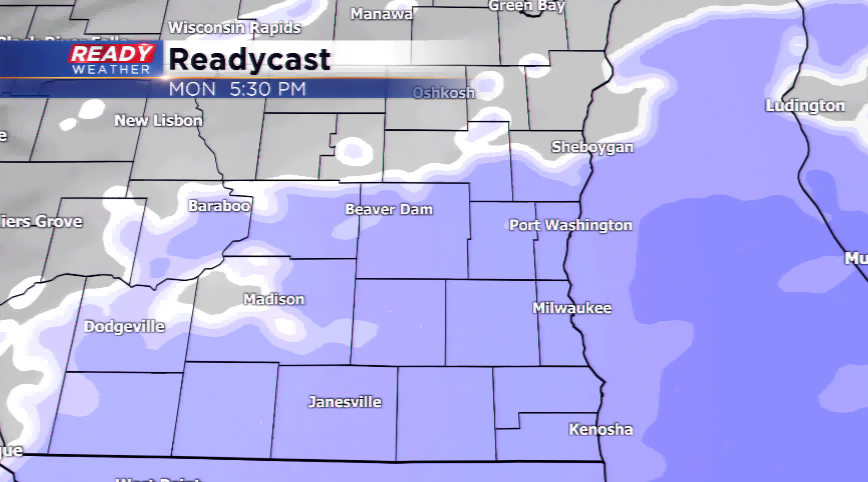 Driving will become difficult during the commute home, so please give yourself extra time to travel and follow standard procedures for driving. Snow covered roads and slippery stretches will be likely. 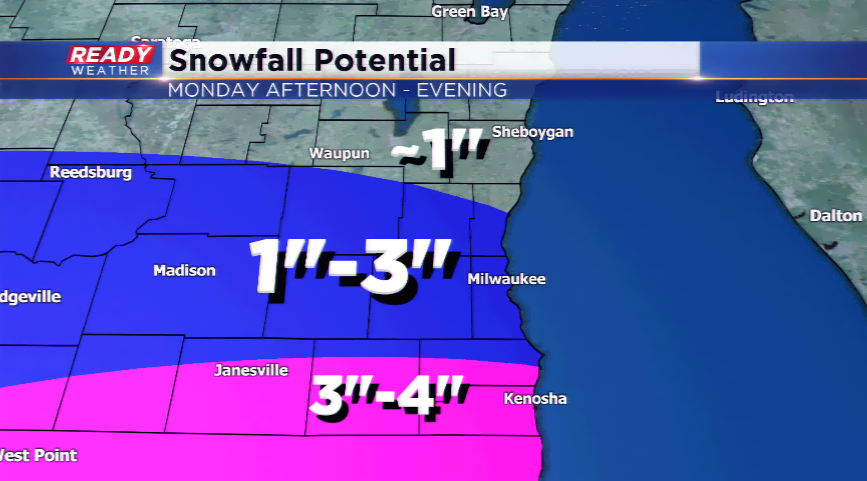