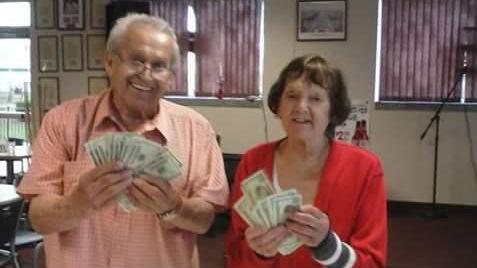 CBS has learned more about the Milwaukee couple involved in a parking lot crash this week, where police say the husband accidentally struck his wife and killed her.

87-year-old Henry winter is still being treated at a local hospital.

Meanwhile, CBS 58 spoke with people who know Henry, and knew his wife Loraine.

\"It's just heart-breaking”, said family friend Jennifer Michaels. ”They were a very loving couple. They had family. It's just really heart-breaking.\"

It was a tragic accident in the Sendik's parking lot in Mequon.

Investigators say 87-year-old Henry winter had a medical emergency while driving his vehicle and that resulted in the army veteran accidentally hitting and killing his wife Loraine.

It was shocking news for their friends at the American Legion Post 449 in Brookfield.

\"They're a wonderful couple”, said family friend Alex Kolander. “They took care of each other for so many years, and it's just extremely sad for us to see something happen to them at this time.\"

It's a love story that began 70 years ago.

\"I heard so many stories of them and how they been together since were teenagers and how he asked for her father for her hand in marriage”, said Tammy Thompson. “They have children, grandchildren, and great-grandchildren.\"

Close friends at the legion hall say the family hasn't explained to Henry what happened.

They say he doesn't recall the accident.

Funeral arraignments for Loraine winter have not been announced.

However, there are no criminal charges planned at this time.