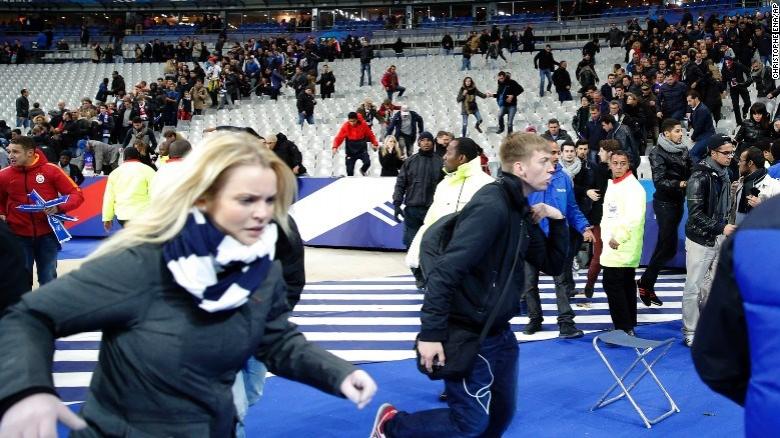 Two suspects are being questioned in the investigation into January's deadly siege of a Hyper Cacher kosher grocery store in Vincennes, a spokesperson for French prosecutors told CNN.

Separately, a 29-year-old man was arrested Tuesday morning in connection with the series of deadly attacks November 13 in Paris, according to a spokesperson for the same office.

It wasn't immediately known if the attacks, or the arrests, are related. Yet, together, they represent two of the deadliest terrorist incidents in France in the past year.

The kosher market incident happened in the tense, frenetic days following the massacre at the Paris office of the Charlie Hebdo satirical magazine. Amedy Coulibaly stormed the market on January 9, killing four people and taking others hostage before he died at the hands of police.The prosecutor's office representative identified the pair arrested in that case as Claude Hermant and his wife, both of whom are accused of being involved in arms trafficking. In fact, Claude Hermant has been in jail for arms trafficking since January 2015.

While there's no evidence so far of a direct connection between the couple and Coulibaly, some of the weapons found in Coulibaly's arsenal are thought to have come from Hermant or his wife. Hermant was picked up from his jail cell in the Lille area, which is also where his wife was apprehended.

The January 2015 attacks rattled France, though terrorists upped the ante with more violence -- in bombings and shootings, the worst being at the Bataclan theater -- on November 13.

When the carnage was done, some 130 people were dead.