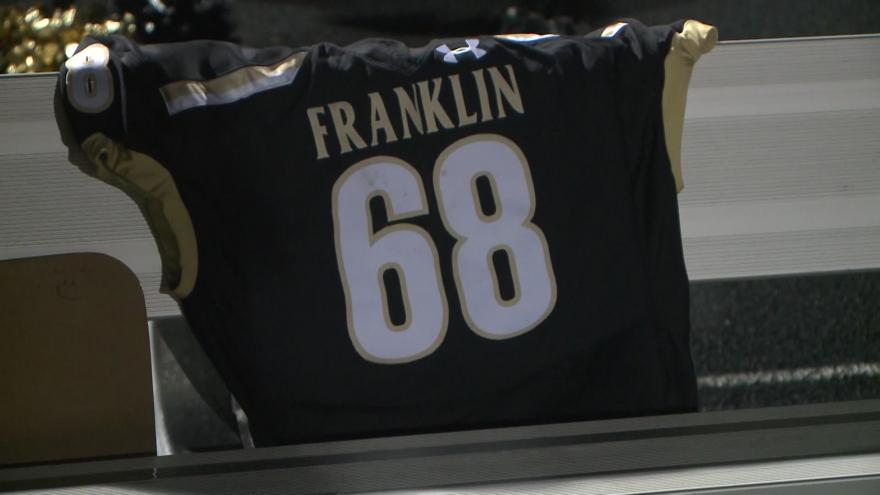 Anthony Hales died in a car crash in June. Anthony played for the Franklin Sabers football team. His jersey number was 68.

Before Friday night's game, a ceremony was held during the National Anthem in his memory.

The community has been rallying behind the Hales family since Anthony's death.

On Thursday, crews poured concrete for his mother's driveway so that her other son, who uses a wheelchair, has an easier time getting out to the bus.