France plane crash: 148 believed on board 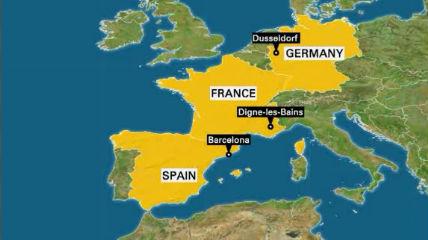 Valls said he fears those aboard the flight from Barcelona, Spain, to Dusseldorf, Germany -- 142 passengers and six crew members -- may be dead.

\"The conditions of the accident are not yet clear but lead us to believe there will be no survivors,\" Hollande said.

The twin-engine Airbus A320s, which entered service in 1988, is generally considered among the most reliable aircraft, aviation analyst David Soucie said.

The crash site would be nearly halfway between Barcelona and Dusseldorf. Crashes mid-flight are rare, as most happen near takeoff or landing, CNN aviation analyst Mary Schiavo said.