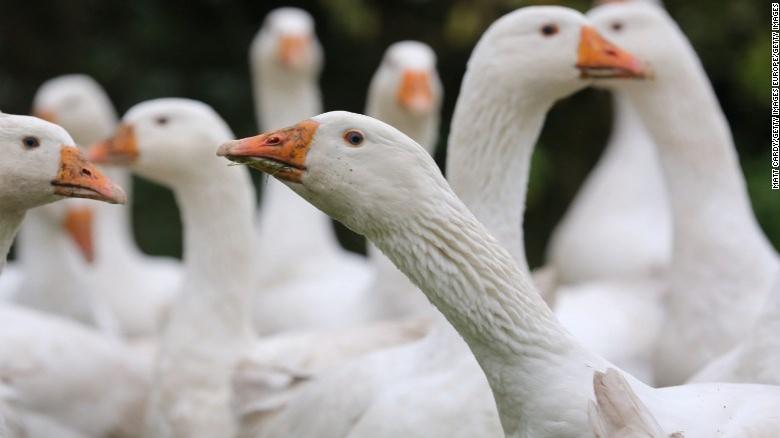 The beloved local bird -- called Grumpy Gertie -- was recently found dead in the British village of Sandon, in Hertfordshire, north of London.

Police have now exhumed Gertie's body and sent it to the Royal Veterinary College in London to determine whether the goose was killed in a drive-by shooting, as local media have reported.

"Prior to officers attending the scene, the body had been buried, so an officer had to remove the goose from this location," said Giles Cooper of the Hertfordshire Constabulary.

"If it can be confirmed the bird was shot, this would of course be investigated."

After the story made it onto BBC Radio 2's Jeremy Vine show, listeners dug deep into their pockets to help find Gertie's killers.

Gertie was reportedly killed near the pond where the animal had lived for 11 years, and a nearby telephone box has become something of a shrine to the local mascot, attracting flowers and messages.

A picture of a goose also appears on a sign welcoming visitors to the town.

A postmortem examination is expected to be carried out this week.