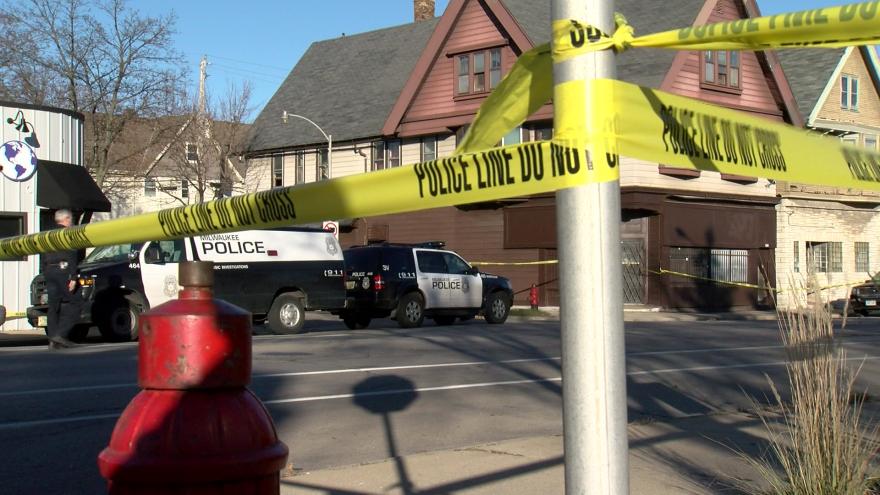 MILWAUKEE (CBS 58) -- The Milwaukee Police Department is investigating four separate shootings Friday, one of which was fatal.

According to the Milwaukee Police Department, around 1:00 p.m. two young men were sitting in a vehicle at N 38th and W. Vliet Streets when a suspect in a second vehicle began shooting at the pair. A 22-year-old man was hit by a bullet and despite the efforts of both Milwaukee Police and Fire Departments, he died at the scene. A second victim, an 18-year-old Milwaukee man, was wounded but his injury is considered non-fatal. He is being treated at a local hospital.

Milwaukee Police are also investigating three other shootings where several individuals were wounded, but none fatally.

The first happened around 10:50 Friday morning when a 24-year-old man was in his vehicle, stopped at a red light at N 35th Street and W Capitol Drive. Police say that's when an unknown suspect fired gunshots at him. According to investigators, he received a serious wound and is being treated at a local hospital. The circumstances surrounding the shooting are unclear at this time.

Another shooting happened at 12:25 p.m. at N. 45th and W. Wright Streets.  Police say two men were walking together when, according to both victims, for some unknown reason, an individual they did not know fired several gunshots at them. Both of the victims were hit. The victims, a 20-year-old man, and a 28-year-old man managed to get themselves to a local hospital for treatment of their wounds.

Later in the afternoon Friday, a fourth shooting was reported in the area of S. 19th and W, Mitchell Streets. At about 4:00, Milwaukee Police were called to the scene where a  21-year-old male had been shot.  According to police, the man was walking in the area when someone began firing gunshots at him. The victim received a non-life threatening wound and was taken to a local hospital by the Milwaukee Fire Department.  He is expected to survive his injury.

The Milwaukee Police Department said that the shootings do not appear to be related at this time.  All four of the shootings remain under investigation.