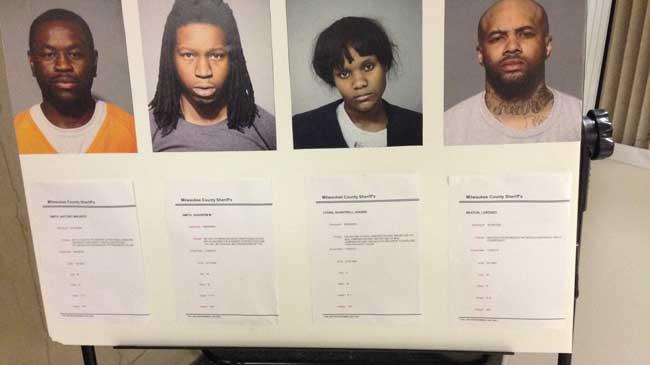 While it sounds like a movie plot--it was a real life conspiracy to murder John Spivey. Spivey was the witness to Eddie Powe's homicide. Powe was shot six times in July.

According to John Chisholm, the cast of four were family and friends --- Beaton Lorenzo, Shantrell Lyons, Shaheem Smith, and Antonio Smith. Antonio Smith was leading the murder plot and running a heroin operation.

Chisholm says, "The individual currently in custody on a homicide charge was continuing criminal activity out of the jail."

To keep Spivey from testifying, police say Antonio Smith told Shantrell Lyons to "take the money to get him out." The district attorney says it was all part of the plan to kill Spivey.

"They posted the bail with a specific aim to get him released, picking him up, and we anticipated significant harm would come to that witness as a consequence."

County Exec. Chris Abele says, "A direct correlation between being able to close those cases and the witness to feel safe."

As for Spivey, investigators were able to intervene before the people wanting to murder him could bail him out. And hopes that sharing this story will remind others that they're safe to testify.