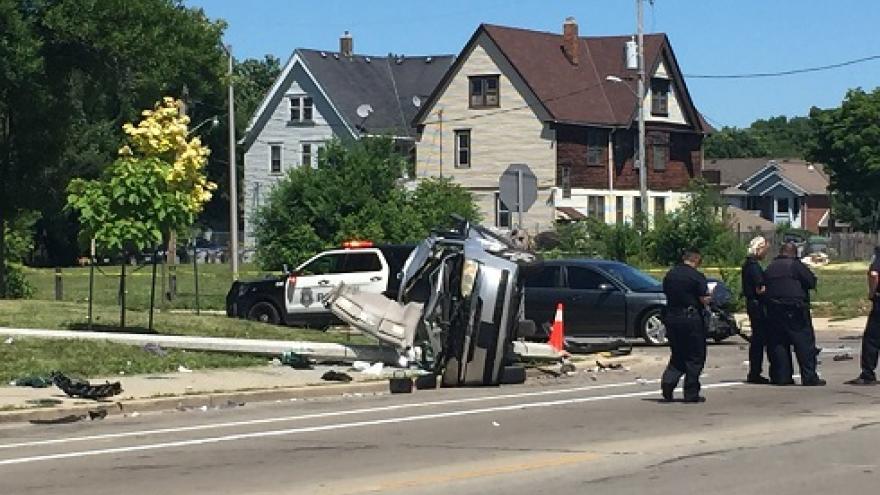 Four people were injured in a rollover accident on Milwaukee’s north side this afternoon.     The accident happened at N 40th Street and W North Avenue around 1 PM.   According to the Milwaukee Fire Department four people were injured in the accident.   Two people were ejected from the vehicle and one was entrapped requiring extrication by Fire Department personnel.    A fourth person was out of the vehicle when EMS arrived.   Three of the four were taken to a local hospital by paramedics, the fourth was taken to the hospital by private ambulance.