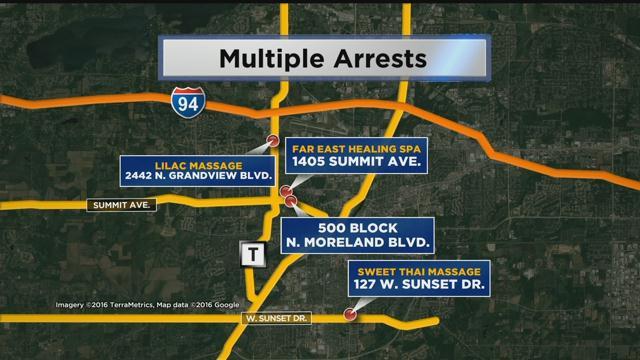 An anonymous tip led police to the parlors.

"Two undercover detectives went in, and verified whether or not prostitution was going on in these three businesses," says Sgt. Jerry Habanek. "These women were arrested and released."

Habanek says human trafficking does not appear to be a factor.

"They were not being kept unwillingly," he says. "They knew what they were involved in, and they wanted to be there and involved in that activity."

Habanek says all four are Chinese citizens, working in the United States on work visas. Investigators later found the women advertising their services on webpages like Backpage.com, commonly used to advertise prostitution.

"Many of these women did not speak English as a first language, they spoke Mandarin, so we had to get an interpreter," he says. "The investigation is taking a little longer than a normal investigation."

The women have not been charged at this time.