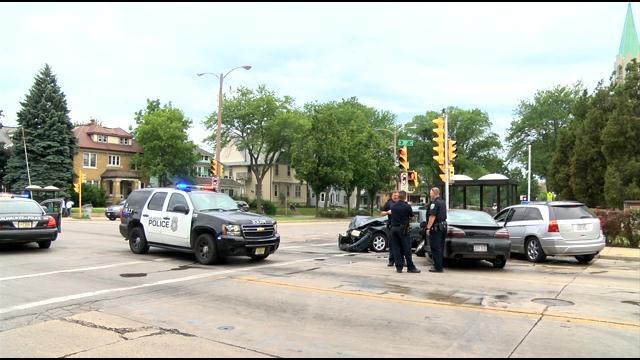 Milwaukee police are investigating a four car accident on the north side where witnesses say a pedestrian was hit.

People we spoke with say a woman had just gotten off the bus when she was hit by a car and Milwaukee police confirm that they were called out to 35th and Highland around 2:45 PM Saturday afternoon.

Witnesses we spoke with at the scene say at least one of the cars was speeding and ran a red light, hitting another car. They say that caused a chain reaction where two other cars became involved. One man was driving past the scene and was shocked to see his aunt's car involved in the crash.

\" It was just tragic, it looked like a tragedy by the way the accident looked. It looked like someone had died by it's a good thing there weren't any fatalities,\" said Magarayo Manuel.

The Milwaukee Fire department says there were six people injured with one refusing treatment, and police tell us they don't believe any of the injuries are life threatening.