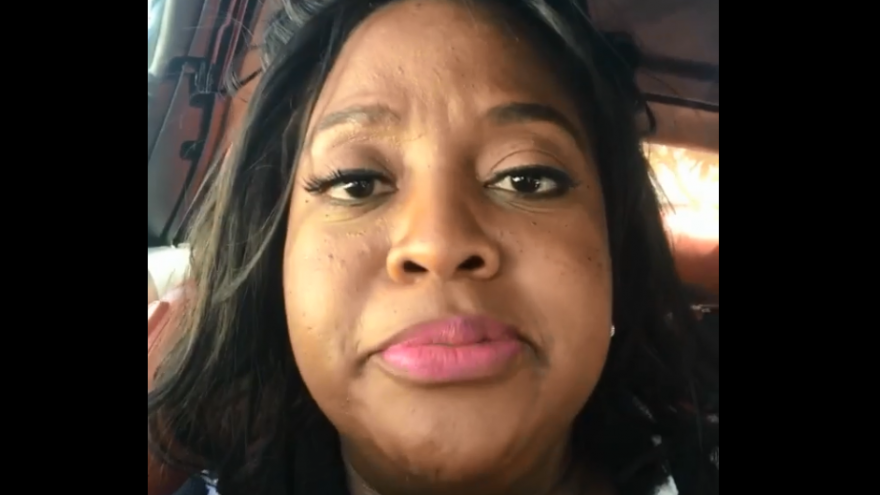 Shepherd, also known for her work as a sitcom actress, was in no laughing mood while posting a tirade on Instagram Thursday evening.

The incident occurred at a Staples in East Hollywood, she said.

KCAL9’s Crystal Cruz reported from the location where she found patrons who said the store was actually very diverse. That is in stark contrast to how Shepherd found the store.

Shepherd and a friend were buying supplies for a seminar when the performer says she experienced racism.

Shepherd called out the store on social media claiming a cashier told her friend the bathroom was broken and they could not use it. She then learned from another employee that there was nothing wrong with the bathroom.

That only made Shepherd angrier.

“Well, why didn’t you tell us that? because that’s a policy?,” Shepherd fumed.

Shepherd says the cashier yelled at her, used the F-word and then stormed away.

Cruz spoke to people who said they frequent that store and believe it was more a case of confusion than racism.

“Maybe it might’ve been a misunderstanding, a lack of patience on both sides. Miscommunication is possible,” said James Knox.

“As far as them being racist, I don’t think so. I had a buddy that used to work there,” said one man

Others say they’ve been turned down from using the bathroom in other places because employees didn’t want to clean up after people.

“Definitely 100 percent of the people will say no. Down in the garment district. I was just surprised that I guess this happened here.” said shopper Tuck John Porter.

Staples responded to Shepherd on social media saying they take this matter very seriously and a spokesperson told Cruz they “apologized to Ms. Shepherd for any inconvenience and are looking into it and will take appropriate action.”

Cruz reached out to Shepherd and her management team but did not hear back.