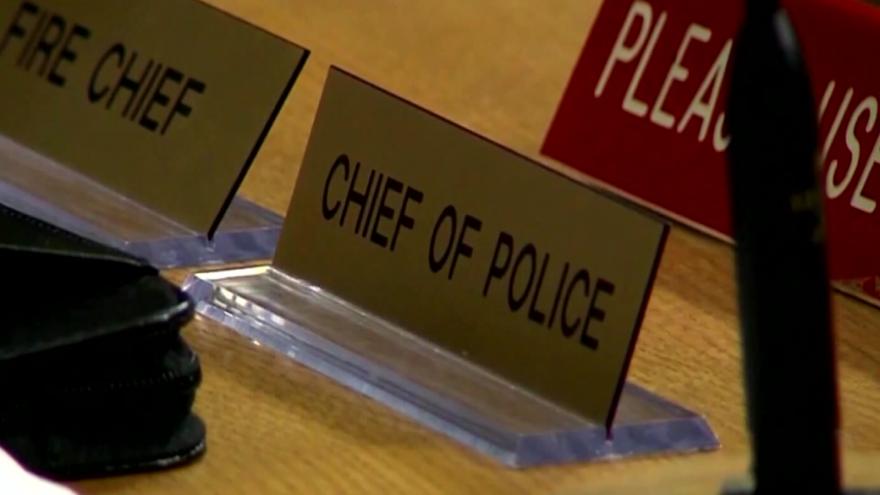 MILWAUKEE (CBS 58) -- This week the Milwaukee Fire and Police Commission will meet to try and appoint a new police chief, again.

The FPC failed to make a decision last week, locked in a 3-3 tie. At the same time, former Chief Alfonso Morales is fight in court to get his job back.

Last month, the city attorney conceded Morales was denied due process when he was demoted. The city’s solution is to have Morales go before the fire and police commission for a hearing. But Morale’s attorney, Frank Gimbel says no and is asking for Morales to be made chief again.

“The plea is to reinstate him,” Gimbel said.

In newly filed court documents Gimbel is petitioning a court to give Morale’s his job back with “full backpay and benefits, including restoring to his retirement fund” dating back to his demotion in August.

“It seems to be they’re going to have to get out a check book and say to chief Morales alright we were wrong, we apologize but what’s it going to take to make you go away?” Gimbel said. “And then we’ll have a conversation that may lead to a resolution.”

The move comes just days before the Fire and Police Commission is set to vote on a new chief.

“Absent that resolution, we’re going to see Chief Morales back in his job and then whoever the new person is can get a bus ticket back home,” Gimbel said.

The FPC failed to appoint a new chief last week, deadlocking in a 3-3 tie between Malik Aziz and Hoyt Mahaley.

The commission is down a tie breaking vote after a commissioner resigned in October because of the dysfunction within the FPC.

Mayor Barrett appointed Amanda Avalos, but she still has to be approved by the council. Avalos, currently the works at Leaders Igniting Transformation and is a vocal critic of Morales and in an interview with CBS 58 over the summer advocated cutting 25 percent of MPD’s budget.

Gimbel, a former FPC commissioner himself, says the entire commission is a disaster.

“I think it wouldn’t be a bad idea if the mayor just terminated the terms of everyone on the fire and police commission, start over,” Gimbel said.

The City Attorney’s office did not return CBS 58’s request for comment.

The public safety committee will meet virtually tomorrow to consider appointing Avalos and Todd to the FPC.