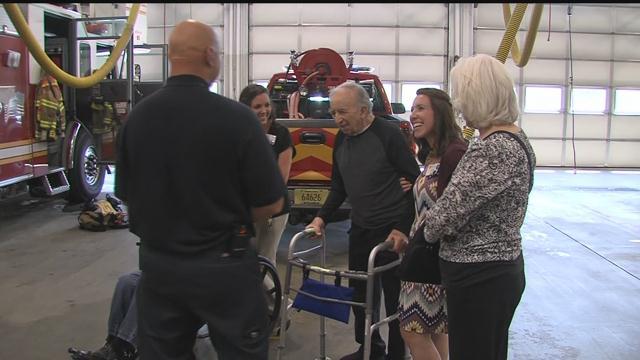 Monday was a walk down memory lane for a retired firefighter who is now being treated for Alzheimer's.

As a way to jog his memory he was brought to Brookfield fire department for one "last shift."

For many patients suffering from memory issues doing old routines can stimulate memories.

Thirty-one years ago Lee Balistrieri was stepping off a different truck.

At 88 years-old, a retired West Allis firefighter is heading back to work.

His memory care center, Silverado, thought it would jog his memory-and it sure did.

He told stories about his time on a rescue truck and as a cook for the men.  It's conversation his daughter hasn't seen in months.

"It makes him a little bit more alive. He's talked more today than he has in the last couple weeks so it's been a good thing for him,” Toni Balistrieri said.

For Lee it will likely be his last time going to work, but this time he'll have memories to share.

"I'm sure will be talking about this for days to come,” said Nada Rodriguez, Silverado resident engagement director.

His family says this was a treat for everyone.