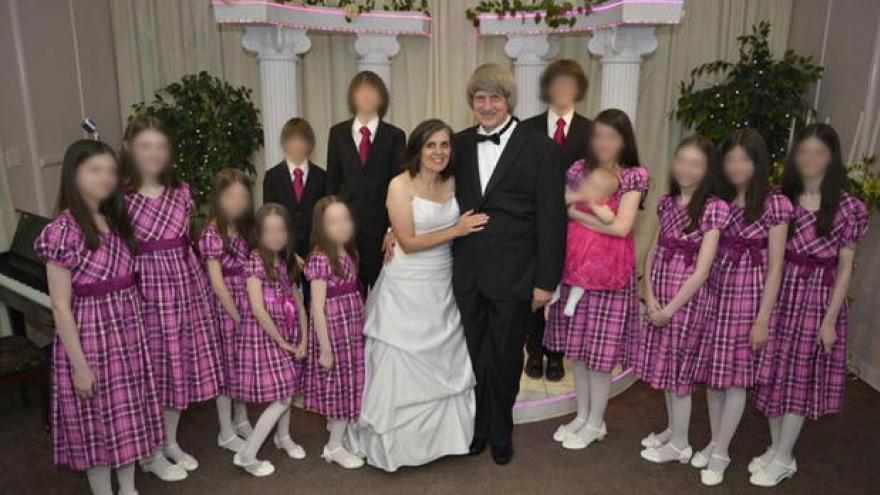 LOS ANGELES – In a heart-wrenching Facebook post, a former classmate of one of the 13 siblings police believe were starved and tortured for years recalled that she was picked on as a grade school student in Texas.

Taha Muntajibuddin, who attended kindergarten through third grade with the oldest Turpin sibling in Fort Worth, Texas, described her as "a frail girl, had pin-straight hair with bangs, and often wore the same purple outfit." After learning of the case, he shared on Facebook his "overwhelming sense of guilt and shame" over how she was treated.

He wrote that it was jarring to learn that the girl, who was teased in school for being smelly, "quite literally had to sit in her own waste because she was chained to her bed."

David and Louise Turpin are accused of abusing their 13 children - between 2 and 29 years old - who were rescued from their filthy home in Perris, California, on Jan. 14. They have pleaded not guilty to torture, abuse and other charges.

Muntajibuddin wrote: "I distinctly remember my entire third grade class scoffing at her one day because our teacher had asked her to discard a scrunchy she had used to tie her hair out of a discarded tin foil wrapper from an old Hershey's bar. After that year, Jennifer moved away, and she was forgotten about after we moved on to the the next 'cootie kid.'"

Muntajibuddin said he is hopeful his former classmate can recover and lived an enriched life.

He said despite being bullied by her peers, she "was still one of the most pleasant people I have had the opportunity to meet. She had this whimsical optimism to her that couldn't be dampened, couldn't be doused no matter what anybody threw at her."

The AP is not naming the siblings because of the severity of abuse allegations, which are still under investigation. The AP also has not been able to talk to the siblings, including the 29-year-old, or anyone who can speak on their behalf.

Another classmate, Stephanie Hernandez, told the AP in a Facebook message that the girl was quiet and always wore dirt-stained jeans that were too small. Hernandez said she often was bullied.

"I remember someone kind of slung her around like a rag doll," said Hernandez, a registered nurse in Mansfield, Texas.

The case has attention from around the world and about 20 people from across the U.S., including nurses and psychologists, have offered to take the seven adult children and six minors and keep them together. The Riverside University Health System Foundation, which is collecting money for the siblings, so far has received 1,500 donations totaling $120,000, spokeswoman Kim Trone said.

Sheriff's deputies arrested the husband and wife after their 17-year-old daughter climbed out a window and called 911. Authorities found the siblings in the family's filthy California home, three of whom were shackled to beds. Neighbors and relatives said they were unaware of the children's treatment until authorities arrested the parents and revealed what they found inside.