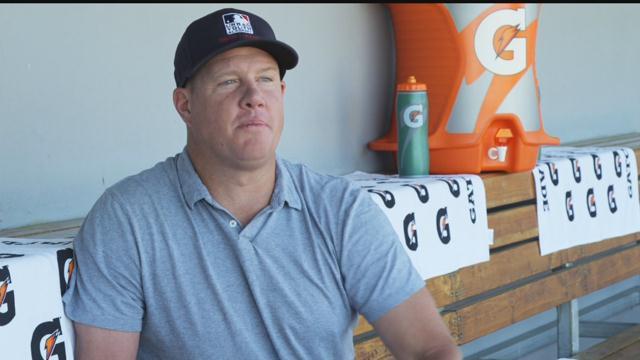 “Sometimes I'm asked to do things, that I can't physically do.  And they'll say why not? Because I have one hand. And they'll say oh I'm so sorry I forgot. And I'll say good, I'm glad you forgot,” said Abbott

Abbott had a distinguished college and pro pitching career which he closed out with the brewers back in 1999.

And he did this after not being born with a right hand.

Recently, he met with a softball player named Jaide Bucher in Los Angeles.

She is a standout catcher and also born with one hand.

Abbott,  a man who threw a no-hitter in the major leagues was impressed with the grit of this young high-school star.

Jaide is a sophomore at North Glenn High School it is rare there for underclassmen to make Varsity. She said Abbott told her to never give up and keep doing what she loves.

This is part of a sports drink's "win from within" series which is back for a second year and profiles high-school athletes that overcome adversity.