Former beauty queen claims she was "traumatized" by United 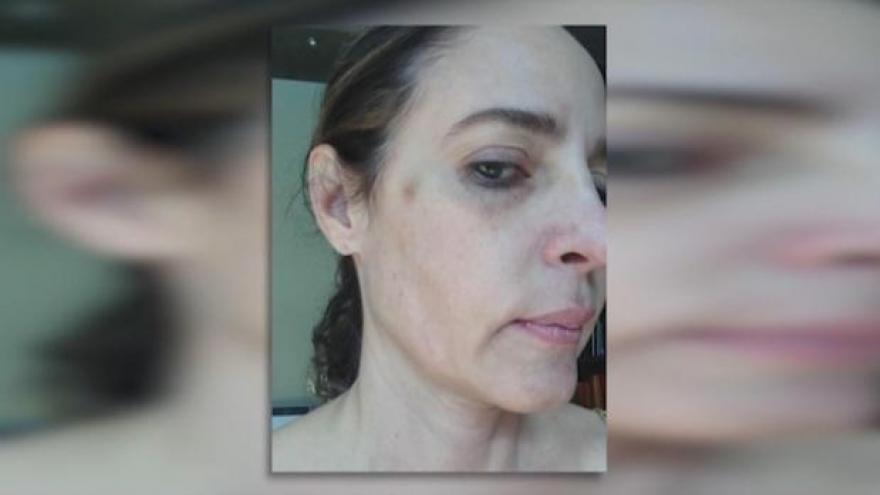 She decided to speak out about the allegations after recent reports of other mishaps on United -- including the recent incident that went viral of David Dao, the doctor who was violently dragged off an overbooked United flight.

“I forever will be traumatized by what happened,” she told KHOU.

The incident, she told KHOU, happened when Montiel was on a red eye flight with her then-husband and her daughter. The couple -- who were going through a divorce at the time -- got into an altercation and Montiel claims he hit her.

“Instead of the flight attendant protecting me from the assault, he joined my assailant,” Montiel told KHOU.

That’s when Montiel said she was told by flights attendants to move seats.

Montiel claims she was handcuffed with zip ties and forced to the back of the plane by two men who appeared to be more than 300 pounds.

She says the alleged incident has a lot in common with the recent video of United .

“The reason people believe what happened to Dr. Dao is because they saw it on tape. Even with it being on tape, he was accused of being belligerent,” Montiel told KHOU.

A jury exonerated Montiel in 2015 after she faced a criminal charge for interfering with a flight attendant, KHOU reports, and she filed a civil lawsuit in 2016 seeking damages for defamation, mental anguish and malicious criminal charges.

Montiel told KHOU that “after all this happened, I’m still struggling. My reputation is ruined. My credibility as a journalist has been ruined.”

KHOU reached out to United Airlines but the company said it could not make a comment about pending litigation, however a response filed in court said it denied all of Montiel’s allegations and claims.