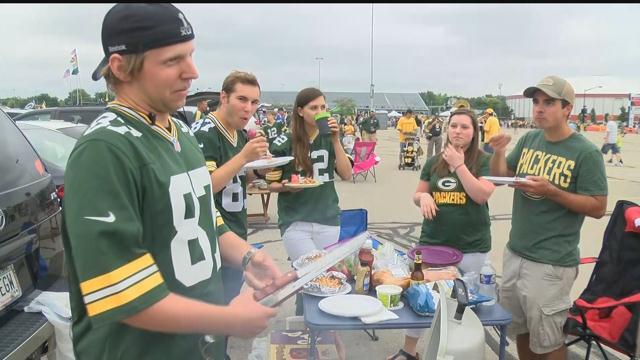 Forbes Posted: "Are you willing to officially change your name to reflect your allegiance to your NFL team? Did you fall in love with your fiancé in part because her last name is your team’s name, and because of that are you going to take her name in marriage? Would you have your dentist put your team’s helmet on your tooth implant? How about six of them? Do you meet your priest in the parking lot for a Sunday mass tailgate at the stadium? Did you plan your NFL team-themed funeral, and pick out your team’s color-lined casket, a custom offering from a company in town, and your pallbearers team-themed ties?

If you answered ‘no’ to any of these, you need to step up your game. Because that’s the sort of commitment needed to topple the Green Bay Packers from the top of our ranking of the NFL’s Best Fans."