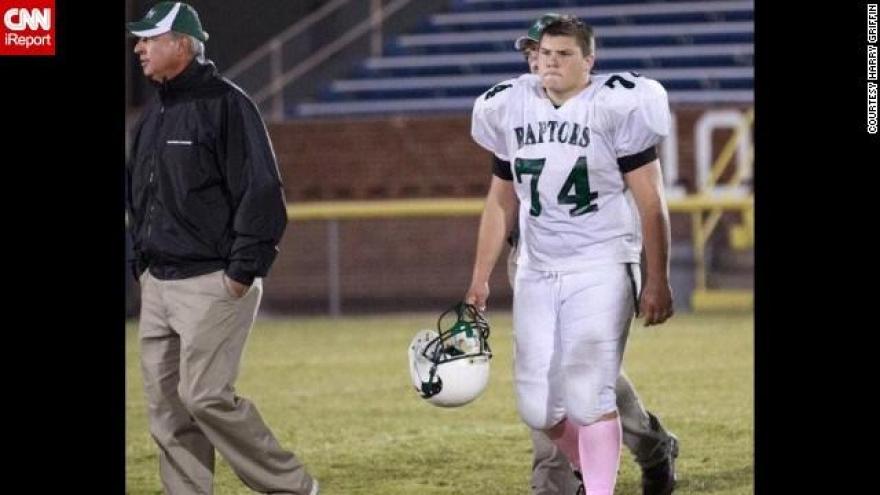 A high school football coach in Charleston, South Carolina, was fired after he permitted a post-game celebratory ritual involving a watermelon that some say is racist.

After a parent reported the "watermelon ritual" to the school board, the Charleston County School District launched an investigation and ultimately fired Academic Magnet High School coach Bud Walpole, according to CNN affiliate WCSC.

"Players would gather in a circle and smash the watermelon while others were either standing in a group or locking arms and making chanting sounds described as, 'Ooh, ooh, ooh,'" school district Superintendent Nancy McGinley said, describing the noises as "monkey sounds." The watermelon was decorated with caricatures drawn with Sharpie markers, she added.

Dot Scott, president of the Charleston branch of the NAACP, said the organization supported the school's decision to fire Walpole. Scott thanked the superintendent at a Wednesday press conference "for her swift attention to an inappropriate and racially insensitive ritual performed by the football team."

The school district has not yet responded to CNN's request for comment.

A number of parents and students, however, are standing in support of Walpole, who coached at the school for 10 years. More than 4,000 people have signed a petition to reinstate the ousted coach, as of Wednesday afternoon.

Some say they don't see the ritual as racist.

"I just don't understand why the school district is concerned this is an issue," Connie Biggs, the president of Academic Magnet's Booster Club told WCSC. "Is it because it's a watermelon? If it had been a pumpkin or a cantaloupe would that have been a different reaction from the district."

Harry Griffin, a junior at The Citadel, The Military College of South Carolina, said he has known Walpole for six years and considers the coach a man of integrity. Griffin played for Walpole's high school team as a fullback and nose guard. CNN first learned of this story through an iReport Griffin uploaded.

"Coach Walpole was fired because his team had a harmless tradition that was made to seem prejudiced," Griffin wrote in a CNN iReport. "They had a post-game ritual of smashing a watermelon and eating it after every victory. A parent on an opposing team deemed this act as racist and the school board decided to interrogate the players."

Some parents are taking issue with how the investigation was conducted and how students were questioned about the ritual.

"The school district is not telling us what they said to these kids," Biggs said. "They're giving us two questions that they say that they asked but these interviews have lasted 10-20 minutes apiece, so I'm really unclear how two questions could take that long."

"I want to help my coach get his integrity back," Griffin said.

"You can ask anyone that has ever met Bud Walpole if he has ever said or done anything that would cause you to think he was racist. Nobody would ever say such a thing."