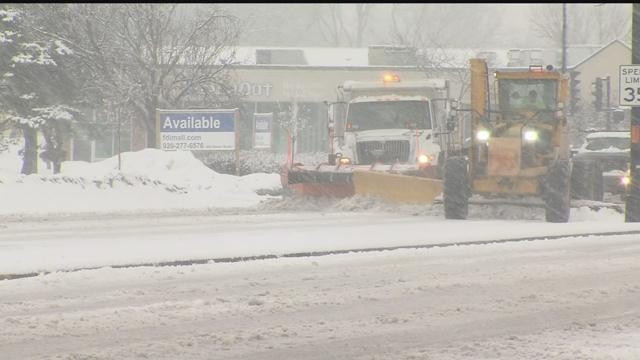 Fond du Lac residents got the brunt of the snow. At times the road was nearly snowed out on the county roads.

One motorist told CBS 58's Sarah Barwacz that  it was a white knuckle drive it all the way from Appleton.

"The weather is pretty bad," said Jennifer Nollenberg. "Driving is anywhere between 25 to 40 miles an hour on the highway. And that's if you're not behind a plow."

In West Bend, Public Works Director Doug Neumann says he didn't call in all their drivers but put them on standby. 4,000 tons of salt is ready to go.

"We were preparing for the worst." said Neumann. "Fortunately that's changed. We're prepared for whatever hits us at this time."

Milwaukee dealt with a rain event and windy conditions for most of the day.

Wausau Elementary Schools released their students early because of the forecast.

The snow started falling in earnest just as parents started picking up their children.