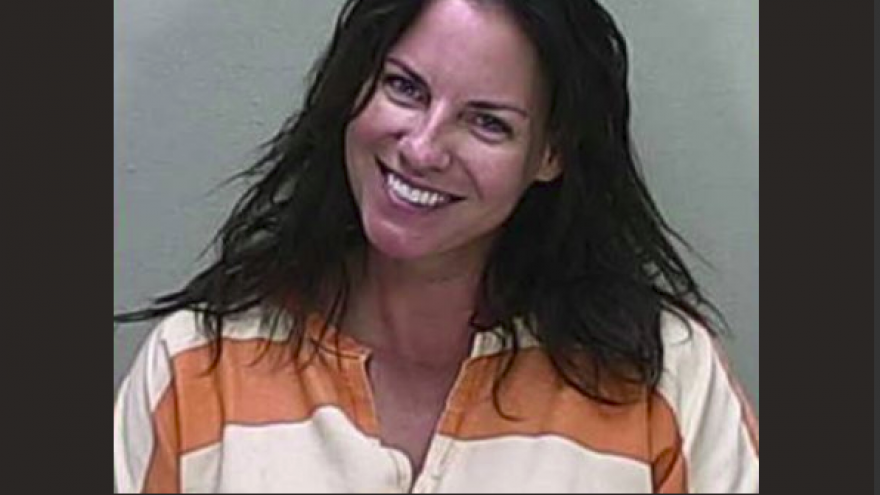 (CBS NEWS) A Florida woman flashed a wide smile in her mugshot – despite driving drunk and causing a crash that killed a woman and injured her daughter, according to the Florida Highway Patrol. CBS affiliate WKMG reports that Angenette Marie Welk may face a DUI manslaughter charge after the accident in Marion County last week.

Troopers say Welk was driving her 2011 Chevrolet Avalon when she rear-ended a Hyundai Elantra, sandwiching that car between Welk's sedan and a tractor-trailer, according to the crash report.

WKMG reports that the driver of the Elantra, 18-year-old Shiyanne Kroll, suffered minor injuries, but her mother, 60-year-old Sandra Clarkson, who was the passenger, suffered critical injuries and died days later.

The truck driver was not injured.

NEW: FHP says they are working with the state attorney to upgrade charges against Angenette Welk, 44 , seen smiling in her mugshot after FHP says she rammed into a back of a car of an 18 year old daughter and mom. Family tells me mom, Sandra Clarkson, died Monday @news6wkmg pic.twitter.com/4RrgM3t1J8

Troopers said Welk was arrested at the scene of the crash on charges of DUI, DUI with property damage and DUI with great bodily harm, WKMG reported. Those charges could now be upgraded after Clarkson's death, the station reported.

Sciacca and Kroll said they were appalled by Welk's smiling mugshot.

"That disgusts me and that means she has no remorse for what she did at all and I hope that judge sees that picture and says the same thing," Kroll said.

A GoFundMe page has been set up to help pay for Clarkson's funeral expenses.

Today 78° Times of sun and clouds