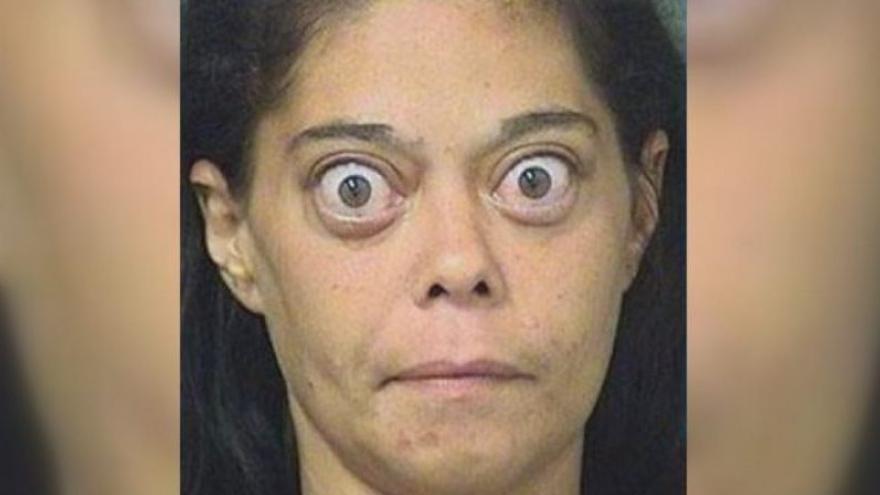 BOYNTON BEACH, Fla. (CBS12) — A woman from Boynton Beach, Florida is facing child abuse and DUI charges after a tow truck driver spotted her weaving all over the road.

“I was afraid she was going to kill someone,” said Juan Martinez in a statement to detectives with the Palm Beach County Sheriff’s Office.

Martinez told deputies he saw a woman at the wheel of a gold Chevrolet Malibu, driving all over the place down Haverhill Boulevard near Belvedere Road on Saturday afternoon. He said she nearly hit four cars and looked drunk or under the influence of something. According to the arrest report, he also saw a child in the back seat.

A responding deputy ultimately pulled over the driver, identified as 31-year-old Brandy Lerma.

The deputy wrote in the report a strong smell of alcohol emanated from Lerma’s car, and that she had slurred speech and couldn’t find her driver’s license, despite it being in plain view of the deputy.

Authorities also made note of an unrestrained 3-year-old child standing in the back seat.

A DUI team responded to give Lerma a roadside test. According to the arrest report, she fell twice during the tests.

Lerma took two breath tests. The results, according to the sheriff’s office, registered a blood alcohol content of .200 and .187. The legal limit in Florida is .08.

The woman told deputies at the scene she took Percocet, Xanax, and drank two fireballs.

She is out on bond and due back in court next month.