Flood Warnings Remain for the Southern Tier of the Area Today! 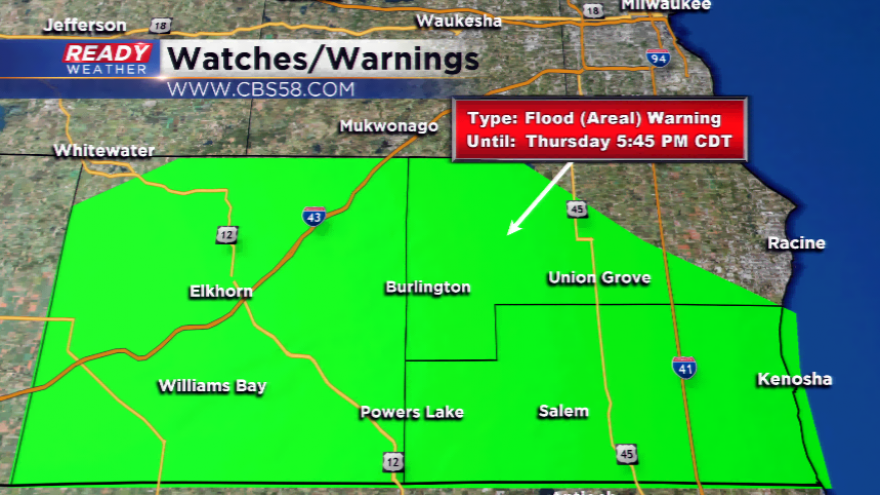 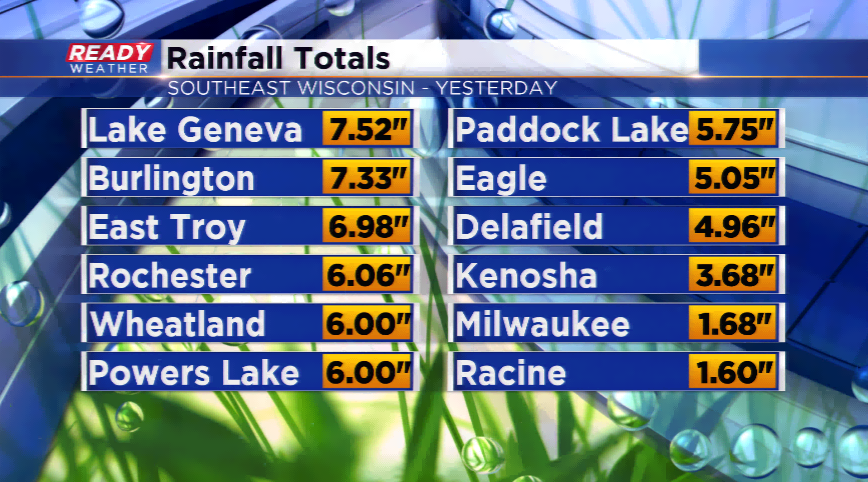 Heavy rains and flash flooding yesterday lead to flooded homes, intersections, and cities. Some incredibly impressive rainfall totals fell in portions of far southeastern Wisconsin.  Burlington was one of the hardest hit areas with 6”-8” of rain falling in the city. This has led the Fox River to hit record levels.

On average, the Fox River depth is 4’. The record is 13.5’. It is CURRENTLY at 15.9’ and could rise to over 16.5’. Per the National Weather Service, Riverside park in Burlington is flooded along with several adjacent streets to the river. A portion of Brever Road is flooded about 4 miles south of Burlington. Also, a number of roads and streets are shutdown going in and out of town. Check with DOT if you doing any traveling in and out of Burlington to make sure the path you want to take is open.

The good news is the next couple of days should be drier. A pop-up shower is possible today and tomorrow. Otherwise, the next real threat of showers and thunderstorms won’t arrive until Saturday late. 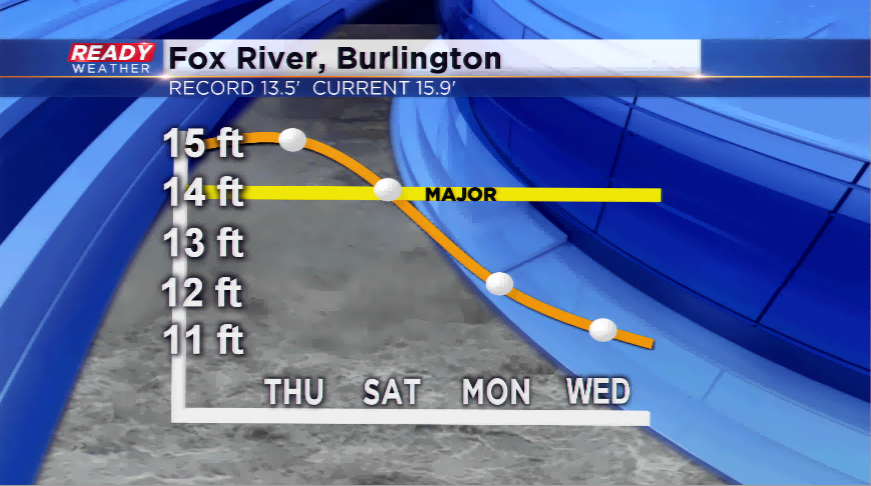