Flights from Milwaukee canceled, delayed due to possible storm 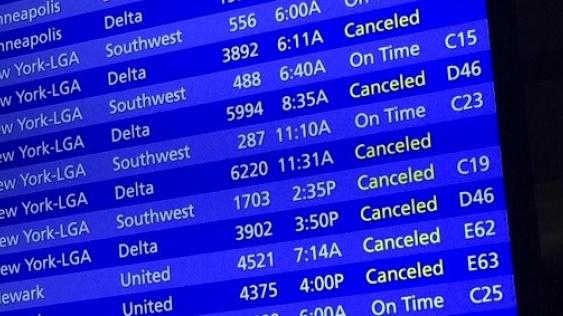 Flights leaving Milwaukee for New York City and Newark were already canceled Monday morning.  Some passengers were arriving at the airport early because they were alerted early by their airline.

Craig Piatek, of West Bend, was dropping his daughter off at Mitchell International Airport Monday morning.

\"Well I planned to sleep in later,\" Piatek said. \"Didn't plan to come to the airport until 2 o'clock this afternoon and get her on the flight. But now with the weather we had to get up early and get her on the next flight out of here.\"

Craig's son Aimee was going back to college in NYC, but had her flight change. Southwest emailed her saying her flight Monday afternoon was canceled so she was put on a 6:00 am flight.

\"All my classes are canceled on Tuesday,\" Aimee Piatek, who goes to college in New York City, said. \"I guess I'll hang out in my dorm longer than I was planning on.\"

People should check with their airline before going to the airport to see about any possible delays or cancellations.