Flight for Life Called to Accident in Cedarburg 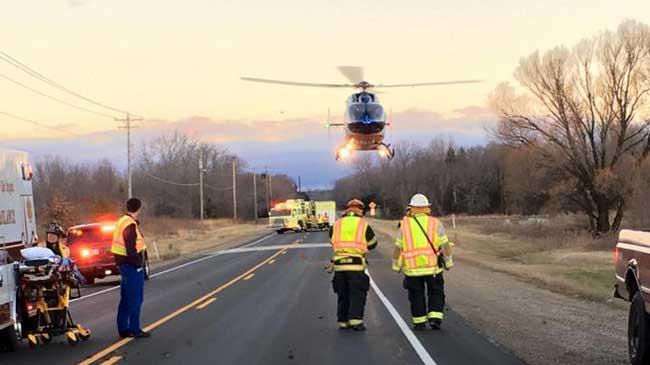 Flight for Life was called to an accident Tuesday morning in Cedarburg involving three vehicles, according to Ozaukee County Sheriff.

The crash occurred on CTH I south of Pleasant Valley Road in the Town of Cedarburg around 6:45 AM.

A Toyota SUV was southbound on CTH I and lost control as it failed to slow for a school bus.

The school bus was not involved in the crash.

CTH I was closed for approximately two hours and has re-opened. The crash remains under investigation; however, alcohol or drugs do not appear to be a factor.