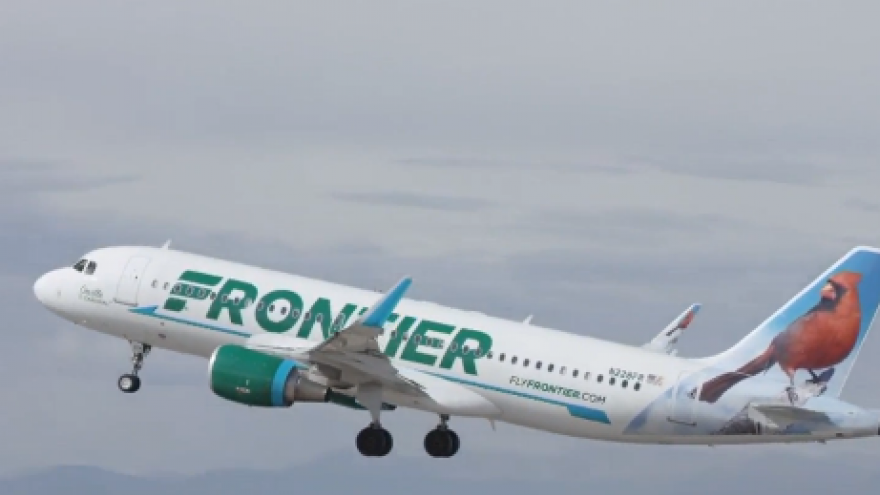 In documents filed with the U.S. Equal Employment Opportunity Commission, flight attendants Jo Roby of Boise, Idaho and Stacy Rewitzer of Denver said they were forced to take unpaid leave after having their children so they could keep providing them with breast milk.

Roby and Rewitzer said they returned to work within about four months after giving birth because Frontier does not offer parental leave and instead requires employees to cobble together sick or vacation days, Family Medical Leave Act time or medical leave subject to company approval to care for their babies.

They also said they were penalized because they had to use sick days to take time off during their pregnancies and to care for their children under the airline's dependability policy that deducts points from employees for absences, putting them at greater risk of losing their job.

"As a result of Frontier's actions, I have had to choose between performing my job and earning a living on the one hand, and continuing to breastfeed my child on the other," Roby said in her complaint, filed by the American Civil Liberties Union and the Holwell Shuster & Goldberg law firm.

Frontier responded that its policies comply with state and federal laws and the flight attendants' union contract.

"We have made good-faith efforts to identity and provide rooms and other secure locations for use by breast-feeding flight attendants during their duty travel," it said in a statement.

Roby and Rewitzer acknowledge that Frontier did try to provide locations for them to pump in airports but said they were not always close enough to gates to allow them to pump milk between flights so they could make it to back to planes in time to work.

They asked in the complaint for Frontier to be required to provide adequate places for them to pump on flights and in airports. They said they should have the option of working temporarily on the ground to avoid having to take leaves.

Galen Sherwin, senior staff attorney for the ACLU's Women's Rights Project, said the entire airline industry still has a lot of work to do accommodate nursing mothers but the situation is the worst for them in smaller airlines like Frontier where parental leave is not standard.

Flight attendants often end up taking time off before delivery because of the physical demands of the work, she added.

The complaints were filed just a year after four pilots -- Shannon Kiedrowski, Brandy Beck, Erin Zielinski, Randi Freyer -- accused the airline of not doing enough to help pregnant or nursing employees. The women collectively worked for Frontier for 35 years, according to the ACLU.

Sara Nelson, international president of the Association of Flight Attendants-CWA union, said flight attendants and pilots do not have the option of part-time work or lunch break pumping.

"Everyone has a mother and it's high time we recognize the realities of motherhood in aviation," she said.

Sherwin said the EEOC is still investigating the pilots' complaints and could ultimately decide to allow them to sue Frontier on their own, sue on their behalf or mediate the dispute.

The EEOC is not allowed to confirm or discuss ongoing investigations.