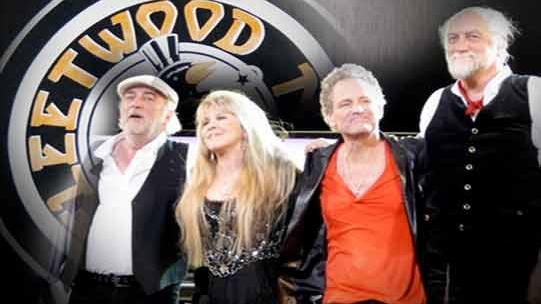 Rock legends Fleetwood Mac, who performed two sold-out shows at NYC's Madison Square Garden earlier this week, have confirmed they will be adding at least 28 more dates to their already scheduled 40-city \"On with the Show\" tour including a stop at the BMO Harris Bradley Center on February 12, 2015.

American Express card members can purchase tickets before the general public beginning Monday, Oct. 13 at 10:00 a.m. through Sunday, Oct. 19 at 10:00 p.m. For everyone else, tickets go on sale starting Oct. 20 at the BMO Harris Bradley Center Ticket Office, Tickmaster.com by phone at 800-745-3000, through the Live Nation mobile app and at www.livenation.com.

Fleetwood Mac is currently performing with their five star lineup including the returning songbird Christine McVie who rejoined the band following a 16 year absence.
Share this article: