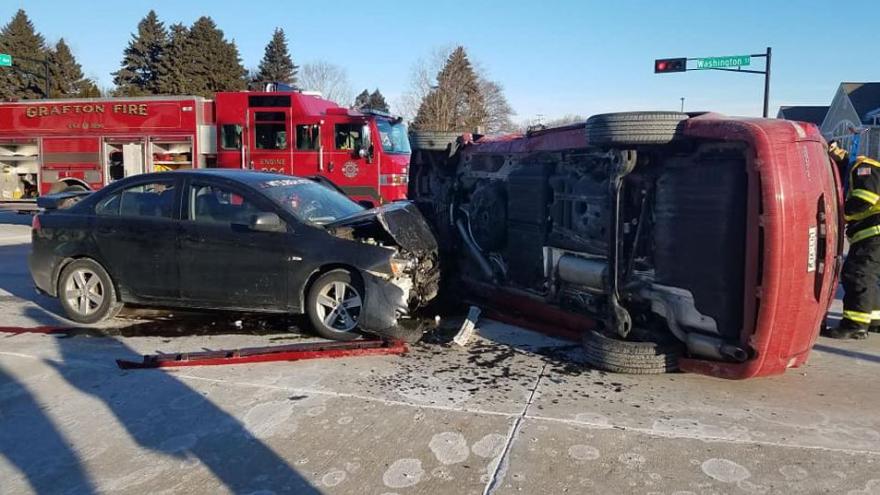 The crash was reported near 17th and Washington between a car and a minivan. Four people were traveling in the minivan and only one in the car.

All five people involved in the crash were treated on scene for minor injuries. No one was taken to the hospital.

According to the fire department, two young children were in good shape because of properly installed car seats. A puppy in a crate suffered no injuries.