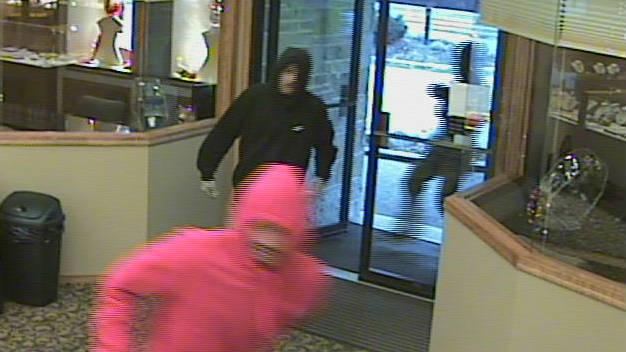 Five males robbed Husar's House of Fine Diamonds on December 29 around 3:50 p.m. Police say the band of men ran into the store armed with hammers, and began smashing display cases.

According to police, the suspects stole several watches and fled the store in a tan minivan. West Bend police found the minivan in a parking lot on the 800 block of S. Main St. The minivan was originally stolen from another parking lot in West Bend.

Store Owner Mike Husar said, "It's very surreal. Most people are surprised that we train for this thing we talk about it, it's part of our business we have to prepare for it so the most important thing is everybody did what they were trained to do."

No injuries were reported in the jewelry store robbery.