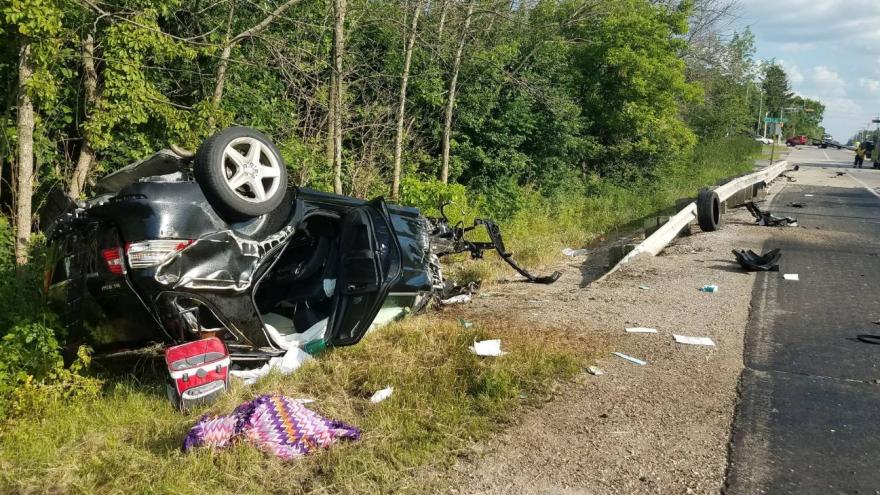 GRAFTON, Wis. (CBS 58) -- Saturday afternoon Grafton firefighters responded to an injury crash on Port Washington Road near Pinoeer Road. When officials arrived there were five vehicles with major damage including a rollover off the road and a trapped person.

Firefighters also found one person laying in the road while others were still in their cars.

The debris field from the crash covered 400 feet of road.

One person was airlifted and another taken to Froedtert and three others were taken for minor injuries.

The cause of the crash has not been released.