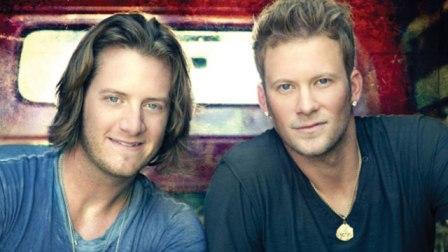 Despite the first appearance of winter weather in southeast Wisconsin, the sounds of summer are not too far from the mind. With less than eight months to go, Summerfest has announced the first major headliner to play in 2015's festival. Florida Georgia Line will kick off the opening day of Summerfest on Wednesday, June 24th, 2015 at the Marcus Amphitheater. The band is promoting the stop as part of their \"Anything Goes Tour with Thomas Rhett and Frankie Ballard.\"

On Wednesday night, Florida Georgia Line appeared at the 2014 County Music Awards at the Bridgestone Arena in Nashville and broadcast on CBS58. The band performed their hit song \"Dirt\" off their second studio album Anything Goes. Later in the night the band took home their second career Country Music Award, winning vocal duo of the year.

Florida Georgia Line is a country rock duo made up of Tyler Hubbard, 27, and Brian Kelley, 29. Like the name of their band suggests, the pair grew up in the border area shared by Florida and Georgia. The men first met while attending college at Belmont University in Nashville, TN.

Summerfest 2015 will take place June 24th through July 5th with a break for Monday, June 29th. First started in 1968, Summerfest Inc., now calls itself the world's largest music festival. Fans can expect many more headliner announcements between now and opening day of the festival.