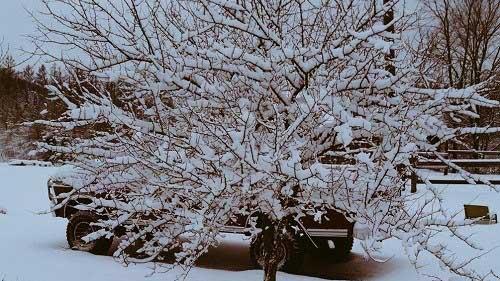 The first snowflakes of the season fell last night and this morning across the state of Wisconsin.  A storm system intensified overhead wrapping in cold air from Canada and changing rain over to snow.  Though not a big snow event by any stretch, folks up north saw enough of the white stuff to coat cars, trees and grass... pretty much everything not concrete. 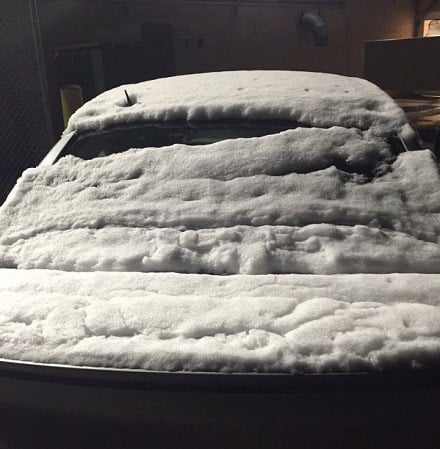 Some of the higher totals came in from Merrill, pictured above, where 2" fell.  An inch was reported in Hausa and .9" in Rhinelander.  Though no official reports of flakes in Milwaukee, most locations in Southeast Wisconsin had some wet snowflakes mixed with raindrops through the early morning hours.  Jake Stehli captured the sideways snow in his porch light in Hartford last night. 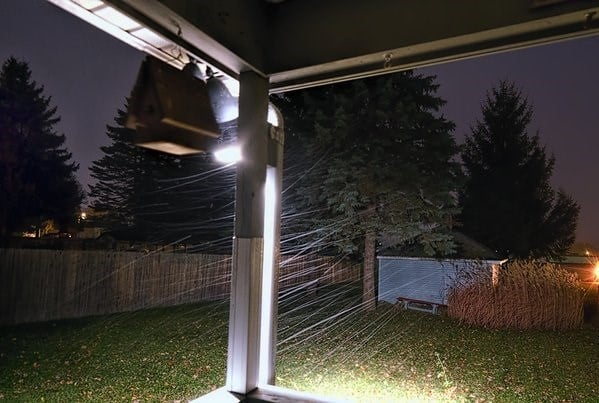 It's no surprise heading into Halloween weekend to see a little snow.  In fact, we're right on schedule with October 28th being the average date of our first trace of snow in Milwaukee.  Remember last Halloween?  We had our first measurable snow of the season with temps falling through the 30's while trick-or-treaters made the rounds.

This year, it looks like raindrops not snowflakes will fall on the ghost and goblins darting through the neighborhoods.  Light rain is expected through the mid evening hours with seasonal temps near 50 degrees.  It seems Mother Nature prefers a Halloween trick over a treat... this will be third consecutive Halloween with measurable precip.