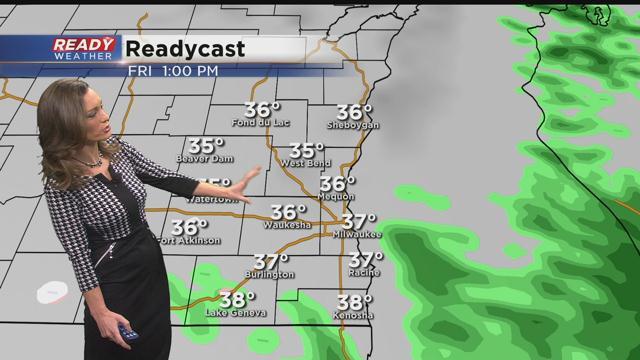 Flurries are in progress on this Black Friday, but as temps rise into the upper 30s, most of the activity will mix with sprinkles and or drizzle and melt on contact. That means we will likely continue to wait for our first accumulating snowfall of the season. To date, we've only picked up a trace of snow this month. On average, we pick up a couple inches of snow during November: 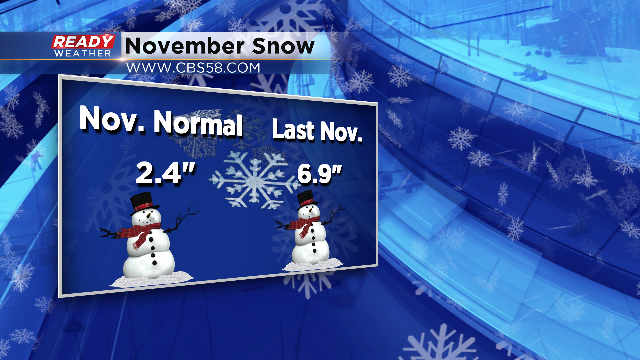 Last November we had an early season snow storm and gathered almost seven inches of snow on the month. Now as we look at the last five days of the month, the prospect of accumulating snow is slim to none. Temperatures are expected to rise back into the 40s and 50s this weekend with dry conditions. Next week does feature a solid weather system moving through on Monday, but it looks to fall as all liquid with another couple days around 50 degrees.

The next chance for the white stuff appears to come in on the first on December, which is next week Thursday. December 1st also holds the time where we average our first one inch snowfall for the season. But this system looks weak and likely providing just stray flurries with accumulation unlikely. But be patient my friends, December is one of our biggest snow months. Take a look at the stats: 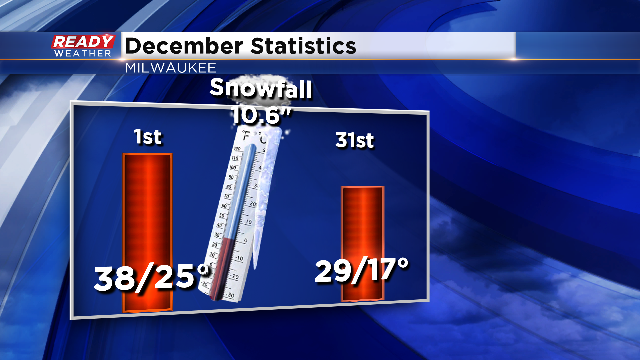 We average just over ten and a half inches of snow during the month. As it looks right now, there is a potential weather maker that could provide Milwaukee's first snow by the end of the first weekend of the month. That's still ten days away and a lot can change from now until then, but it's something we're watching carefully. As you head out and about today, keep in mind the flurries will be around. You can download the free CBS58 Ready Weather App for current radar conditions, future radar and the hour by hour forecast. It's just another way we're keeping you ahead of the storm.