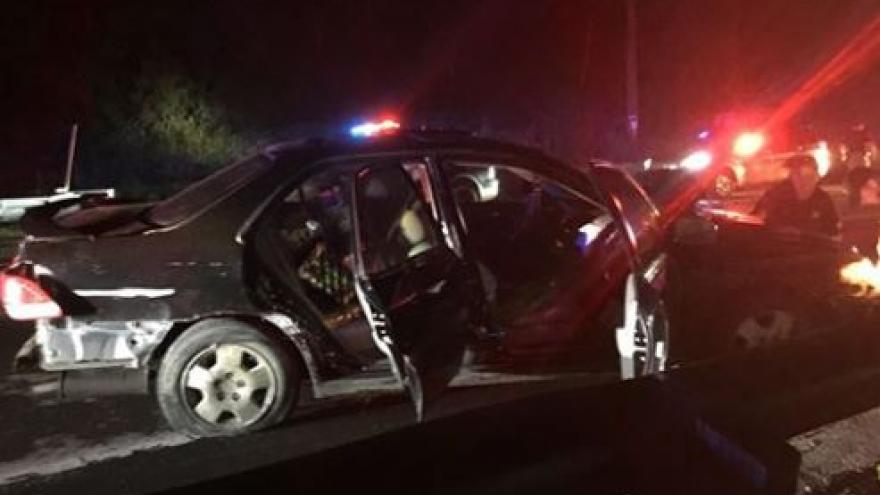 Police say an employee of Phantom Fireworks in the town of Addison reported a large amount of fireworks stolen by three suspects around 12:22 a.m.

An investigation found that all three suspects entered the store together, and an 18-year-old Madison woman faked an injury to gain the attention of staff.

At that point, the other two suspects, a 19-year-old man and a 31-year-old man, both of Madison, removed carts of merchandise from the store, according to a police report.

A deputy was able to locate the suspect vehicle in the area of County Highway W and County Highway D in the town of Wayne. Police say the vehicle then fled eastbound at speeds in excess of 100 mph.

Officers say the pursuit continued until deputies deployed tire deflation devices on Kettleview Drive. The vehicle crashed into a guardrail after failing to stop for the sign at Kettleview and County Highway D.

Two passengers were taken into custody.

The operator ran from the car and was taken into custody shortly after, when he was located hiding nearby.

All three were taken for medical treatment before being transferred to jail.

The suspects all face felony theft charges, and the driver will face additional driving related charges.

Nearly $2,700 worth of stolen fireworks were recovered in the vehicle.