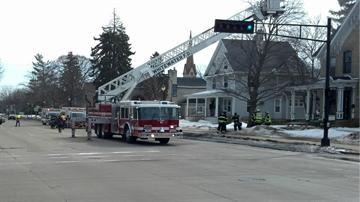 WHITEWATER -- Firefighters are responding to a two-alarm fire at the Sigma Sigma Sigma house near the University of Wisconsin-Whitewater campus.

Officials say the fire began in a first floor bedroom around 10:44 a.m. All members of the sorority were evacuated, and one member sustained minor injuries.

The house fire only lasted for about 30 minutes. The house did sustain smoke and water damage. The cause of the fire remains under investigation.

The University of Wisconsin-Whitewater says the fire displaced 23 students. The university is providing housing for the displaced students, and will work with instructors to accomodate students who missed coursework or exams.