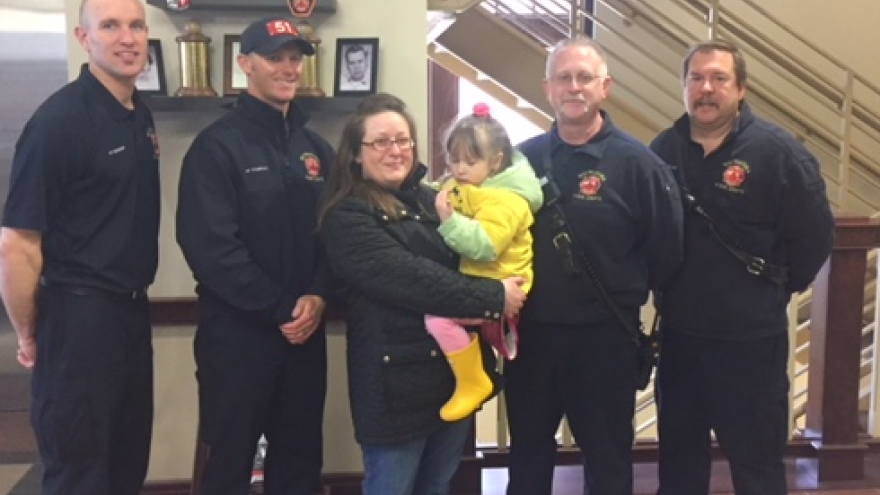 A photo shows 3-year-old Charlie and her mother with the firefighters and paramedics who saved Charlie's life.

Two weeks ago, she was choking on some food and stopped breathing. First responders were able to get her breathing again and took her to Children's Hospital. She was released from the hospital the next day.