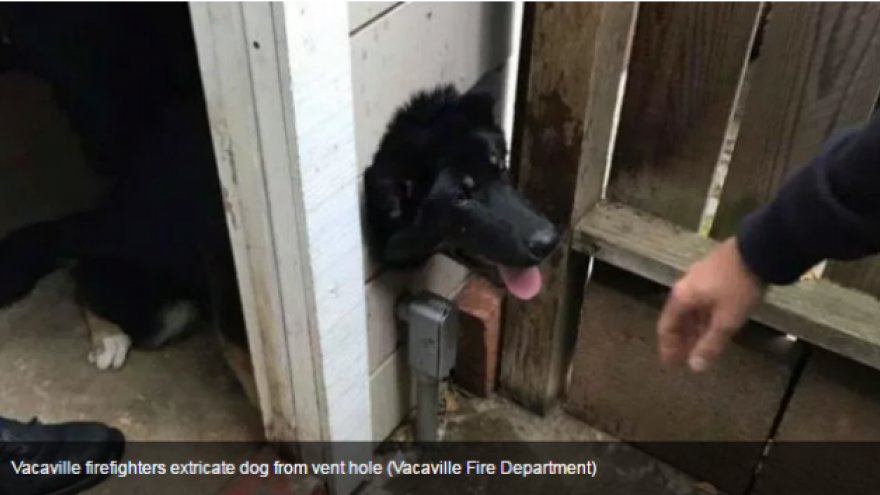 VACAVILLE (CBS SF) — Members of the Vacaville Fire Department were able to rescue a dog Tuesday morning that managed to get his head stuck in a dryer vent hole in the wall of a garage.

Dispatchers received a call early Thursday from a Vacaville resident reporting that their dog that was stuck in a hole, according to Vacaville fire officials. Upon arrival, the crew found an approximately 1-year-old puppy named Lex who had stuck his head through a dryer vent hole that was cut into the siding of a garage and was unable to extricate himself.

The woman who lived at the home and her two children tried and failed to remove the animal before calling the fire department. They expected firefighters would have to cut the wall to get the dog out.

However, the firefighters were able to extract the dog without doing any major structural work on the wall.

“With reassuring words and some manipulation of the fur and skin, Engineer Means and Firefighter Paramedic Shorum were able to free Lex from the hole,” read the post the Vacaville Fire Department made to its Facebook page.