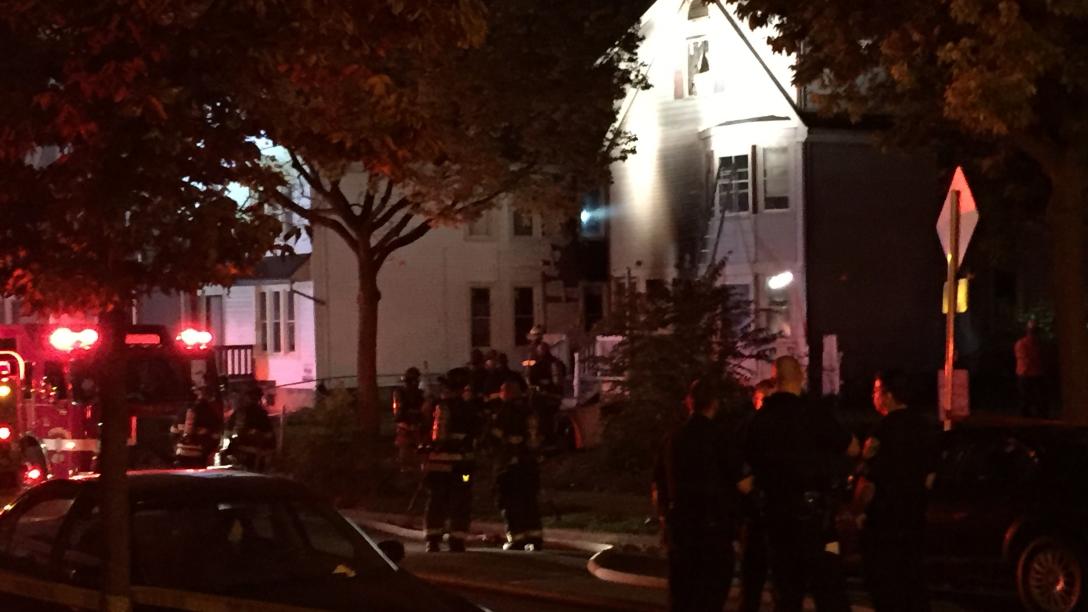 A Milwaukee firefighter is recovering in the hospital Tuesday after being injured battling two house fires right next to each other near N. 4th Street and W. Concordia Avenue in Milwaukee. It broke out about 10:20 p.m.  in one house and spread to the next door building.

As soon as Megan Ortmayer, a neighbor who lives across the street, found out about the fire she said she had to jump into action.

"I was in my kitchen cooking and I heard somebody say, 'fire' and I dropped all my utensils and I ran to help evacuate. The house was across the street and I knew there was kids in that house and I had to get them out," Ortmayer said.

The Red Cross is assisting 15 people from 4 families who lived in the two buildings displaced by the 2 alarm blaze. None of them were injured, according to MFD.

"As soon as I entered things were falling," Ortmayer said. "All I knew was there was a lady in the back bedroom that was disabled in a wheelchair and people were struggling getting her out. And I had to help her get out."

"Callers were telling us people were trying to go back into the house which we absolutely don't recommend," Lipski said. "We would always encourage go bang on the door, ring a door bell, make some noise - get the attention of the people to try to get them out."

The nature of the firefighter's injury was not released, however Lipski said, he is expected to be okay. He was taken to Froedtert Hospital for treatment.

Lipski said one of the homes had a working smoke detector but the other did not.

The Milwaukee Fire Department is handing out smoke detectors to anyone who needs one.  For more information, call (414) 286-8980.